EPIDEMIOLOGICAL BACKGROUND AND PRINCIPLES OF SCREENING:

The cervical cancer represents 437,000 new cases per year worldwide and about 23 000 deaths. It is the second most common cancer after breast cancer corresponding to approximately 10% of female cancers. 80% of cases occur in developing countries, and 20% in developed countries.

In France, about 3,400 cases are diagnosed per 1 000 deaths, the numbers are steadily declining for 30 years.

The most frequently involved are the HPV16 (involved in 55% of cases) and HPV18 (12% of cases). If several steps are generally necessary for the development of an epithelial dysplasia or cervical cancer, all women with HPV infection do not develop cervical lesion. The goal of screening in the case of cervical cancer is to detect precancerous lesions and in particular those that will fall high grade of therapeutic care, unable to predict which heal spontaneously and which will evolve into a true cancer invasive (Table I and Figure 1).

While no randomized trial of screening for cancer of the cervix by the smear was never conducted, the effectiveness of screening programs has been demonstrated in several countries.

High participation is essential. In France, where screening is opportunistic six million smears are made each year but about 40% of women go undetected with a majority of patients at risk.

Unfortunately, between 51 and 83% of cervical cancers occur in patients who have had a defect screening (poorly or not done).

It must in order to optimize its quality:

– Be carried out without any breakthrough bleeding or inflammation;

However, do not forget that this technique has about 5% false negatives which the majority are the result of a faulty sampling. Its sensitivity is estimated at about 80% for however excellent specificity of nearly 97%.

It is estimated that smears every three years can prevent 90% of cancers of the cervix in a population if the first two smears one year are normal (Table II).

A rate of three-year testing raises the issue of screening for cancers known as “intervals”, that is to say, appearing in the three years between two screenings. The estimated incidence is 2.53 / 100,000 for Mitchell H, et alThis type of tumor is primarily related.:

– Either false negative smear prior to the discovery of cancer:

If it seems possible to optimize the quality of cytology, it seems doubtful that increasing the frequency of screening can improve the performance of screening in other cases including cases of short intraepithelial tumor stage (Box 1) .

Box 1. Recommendations for screening according ANDEM / ANAES (1995 + 2004)
– Uterine cervical smears of all the women who have or have had sex, with no history of abnormal cervical smear.
– Age: 25 years (with the possibility of starting this screening from age 20) / 65 years for women regularly monitored before.
– A smear every 3 years. In early testing, the first two smears should be performed at one-year intervals regardless of the age at which screening begins.
– Smears considered unsatisfactory, should be repeated until an interpretable collection.
– Women with gynecological symptoms and those with abnormal smears require special care.
– Search HPV: squamous lesions of undetermined significance (ASC-US).

BETHESDA The system is currently mostly admitted to formulate smear results (Table III). According to the ANAES smear is considered uninterpretable if one of the following criteria is present:

– Failure to identify the patient or clinical information;

– Cover less than 10% of the blade by squamous cells;

– Situation where over 70% of epithelial cells are not interpretable because obscured by blood, inflammation, cell overlays contamination.

The thin layer smears are obtained by suspending the initial sampling in the liquid medium. They aim to improve the quality of samples thanks to a better quality of spreading and fixing the smear. They allow obtaining monolayer smears rid of inflammatory infiltrates, cellular debris and mucous protein causes of false negatives. They also make possible the realization of complementary techniques such as HPV typing. As attractive as this technique, leaving imagine such a medium-term computerization of reading these smears, it does not seem so far gained superiority over conventional Pap smear in particular in terms of sensitivity.

The role of HPV in the occurrence of precancerous and cancerous lesions of the cervix is ​​well established. Currently looking for HPV is officially indicated and included in the nomenclature of medical biology acts for monitoring women with squamous lesions of undetermined significance (ASCUS).

Taken alone and in the detection of cervical lesions, the sensitivity of HPV detection tests is slightly higher than that of smear but relatively lower specificity, 90% of HPV infections healed spontaneously. Individually, it is not a good screening test. However, in case of combined screening (detection uterine cervical smears HPV +), negative predictive value of almost 100% potentially avoiding false negatives inherent in leaving smears and consider extending the interval between screening while improving their quality. For ANAES for lack of bibliographic evidence, instead of the routine in search of high-risk HPV or not coupled with the realization of smears to be determined.

Recent advances in the prevention of cervical cancer is the development of anti HPV vaccination. Its marketing has begun and should be part of the immunization schedule of pre-adolescent girls. It relates more specifically to high-risk genotypes 16 and 18 reducing the risk of cervical neoplasia of about 70%. It therefore excluded in any case the realization of screenings since 30% of cervical cancers are not within these two subtypes of HPV.

WHAT TO DO BEFORE AN ABNORMAL SMEAR:

What to do before an abnormal Pap smear is summarized in the three algorithms Figure 2. 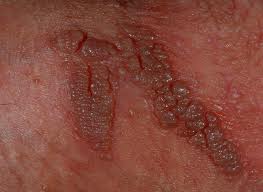