The rash is a skin redness fading to vitopression. It is due to vasodilation of superficial vessels. The major symptom is rash erythematous, more or less extensive. The rash can touch the seed coat without mucosal involvement, then it is a rash. For infringement mucosa, we speak of enanthema.

At the erythema may add fever, poor general condition, pruritus, skin burning, etc. It disappears in vitropression, what differentiates purpura.

Conventionally distinguished different types of erythema of the provisions of injuries:

– Rash roséoliforme: pink macules at the limit of visibility, not confluent, well separated from each other (for example, rubella or secondary syphilis);

– Purpura redness will not be erasing the vitropression;

– Telangiectasia and vascular anomalies: fixed, stable lesions, with an intensity is changing with temperature;

– Discreet erythema: Transient flushing of the face, neck and décolleté with the easy emotional subject;

– Erythroderma: universal achievement of the integument with inflammatory character.

Are in favor of a viral cause:

– Occurred in a child;

Are in favor of a drug because:

The main cause is adult drug drug eruptions.

Measles occurs primarily in children, usually between 3 and 7 years. It is rare because of widespread vaccination (combined measles-mumps-rubella).

The contagion occurs about two weeks before the eruption. There is conventionally a oculonasal catarrh, cough, fever, 39 ° – 40 °, a sign of Koplick. The rash occurs in one push, starting behind the ears and then touching the face and trunk. The evolution is spontaneously favorable in a few days.

Infectious mononucleosis is the primary infection with Epstein-Barr Virus (EBV). This is the “kissing disease”, typically occurring during adolescence (salivary transmission). There is a flu-like illness, asthenia, erythematous angina with false membranes not adhering to the uvula and easily detached (differential diagnosis of diphtheria), splenomegaly. The rash occurs a week after the onset of the disease regresses a few days and is facilitated by taking beta-lactams.

Of cervical lymphadenopathy can be observed, as well as hemolytic anemia.

Complications (rupture of the spleen, hepatitis, meningoencephalitis) are rare. Weakness can be persistent. Recall the involvement of EBV in certain blood diseases (Burkitt’s lymphoma, for example).

The fifth disease is mainly seen in children between 5 and 10 years. It is due to Parvovirus B19.

The rash is “lace” or “geographical map” affecting members and the convex face. It can be triggered by exposure to the sun. Arthralgia, anemia by PRCA in pediatric patients with hemoglobinopathies (eg, sickle cell) can be observed.More rarely, have been described vasculitis and papulopurpuriques eruptions “gloves” and “socks”.

Mediterranean spotted fever is a rickettsial disease caused by Rickettsia conorii. It occurs mainly in summer in the south of France.

There is a fever, headache, myalgia with papular eruption (hence the name of the spotty) with erythematous palmoplantar reached. Bedsores the headquarters of the tick bite carries the black spot. Possible complications include meningoencephalitis, renal, pulmonary or disseminated intravascular coagulation.

Serology is positive the second week of illness.

Rickettsia can be isolated on a

Treatment consists in the absence of complication by taking doxycycline (Vibramycin) 200 mg / day for five to seven days. A single dose of 400 mg is suggested by some.

In case of allergy or against-indication, ciprofloxacin (Ciflox®) is prescribed at a dose of 500 mg / 2x / day for five days.

Enteroviruses (coxsackievirus, echovirus) are sometimes responsible for a fleeting morbilliform rash. These eruptions mainly affect children during the summer.

A enanthema possible. Fever with asthenia, headache, gastrointestinal symptoms type of gastroenteritis can be observed.

More rarely, in Coxsackie infections, we find in children oblong vesicles affecting hands and feet with vesicles of the palace.

Also included among others:

We must think of secondary syphilis in adults.

The rash typically occurs 45 days after the chancre.

Rubella is due to a togavirus. It occurs mostly in children, and is serious in pregnant women.

The rash is discrete, sometimes to the limit of visibility, with little or no systemic involvement.

The disease is not apparent in the cases.

Immunization of children between 12 and 18 months by the combined MMR vaccine with a booster between 11 and 13 years is mandatory. Serology is also routinely performed during pregnancy. The vaccine against-indicated pregnancy for three months.

Primary infection with HIV occurs in a patient with risk factors. There is often a flu-like syndrome, pharyngitis, lymphadenopathy. The palms and soles may be achieved. Oral and genital erosions can be observed. There mononucleosis.

The examination request is p24 antigenemia or PCR HIV but not serology which is still negative at this stage.

The patient should be sent to a specialist in HIV disease. A supported types STI is also necessary.

Roseola infantum is related to infection with human herpes virus HHV6 or HHV7. It mainly affects children between 6 months and two years.

It carries a picture of the sudden rash.

After 3 days of fever over 39 ° C, inconsistent, displayed a mild rash, transient reaching the stem. Complications are rare. Seizures related to hyperthermia can occur in children. The HHV6 infection can also affect people transplanted organ or marrow. It has been implicated in the occurrence of DRESS (Drug Rash with Hypereosinophilia and Systemic Symptoms) syndrome. (See above, Chapter Drug Eruption).

A mild rash of the trunk can also be observed during the second septenary of typhoid fever, enterovirus infections, arbovirus, etc.

Scarlet fever mainly affects children. It is rare these days. It is due to infection by bêtahémolytique group A streptococcus secretes a toxin erythrogenic.

There is a sore throat with a fever of 39 ° C or 40 ° C, at a school-age child. The rash then occurs, initially involving the trunk and the root of the members then generalizing.

The folds are achieved with accentuation of the eruption. There is one aspect called “granita” on palpation, and erythema is described as bitter, painful. The throat is red, and white tongue initially exfoliates secondarily to give a typical aspect of language depapillated, called strawberry. Flaking occurs 10 to 20 days after the beginning of the eruption, with an appearance on the hands and feet called “glove fingers” (in large shreds). There is a fever, tachycardia, headache, vomiting, etc.

The streptatest is positive. There is a neutrophilic leukocytosis and a high rate of antistreptolysin antibodies.

Treatment is penicillin taken for ten days and school exclusions.

Toxic shock syndrome is caused by infection with Staphylococcus aureus phage group I of secreting exfoliative toxin. It is most often seen in adults.

The emergency hospitalization is required for antibiotic therapy and management of hemodynamic disturbances.The site of infection may be involved skin, gynecological (described in particular in users of tampons) or visceral.

Kawasaki syndrome is seen especially in children. There vasculitis through vessels and small sizes. The risk is that of coronary aneurysms. The origin is probably infectious.

Fever lasting for more than five days in a child under five unresponsive to antibiotics suggests the diagnosis.

Added to cheilitis, a enanthema with strawberry tongue, bilateral conjunctivitis, palmoplantar indurated erythema secondarily moving the third week in scaling, erythema of the trunk may affect the seat with secondary scaling, rash morbilliform and trunk scarlatiniform. There are cervical lymphadenopathy.

The child must be hospitalized, a realized cardiac monitoring and overt disease (school crowding, survey).Biologically, there is an inflammatory syndrome, thrombocytosis, leukocytosis neutrophils.

Treatment consists of aspirin and immunoglobulins in patients with heart disease.

Erythema toxidermique is the most common cause of rash in adults. It is most often occurs maculopapular and about 10th day of the drug administration. There is a clinical polymorphism rather suggestive lesions. Pruritus and eosinophilia may direct.

A fever can be observed. The drugs most often involved are antibiotics (penicillin, sulfonamides), the antiepileptic, nonsteroidal anti-inflammatory drugs.

Treatment is symptomatic and is based on the eviction of the drug and its active ingredient.

An antihistamine (eg, loratadine [Clarityne® 1 cp / j]) and application of local corticosteroids such Diprosone® in decreasing doses are useful. 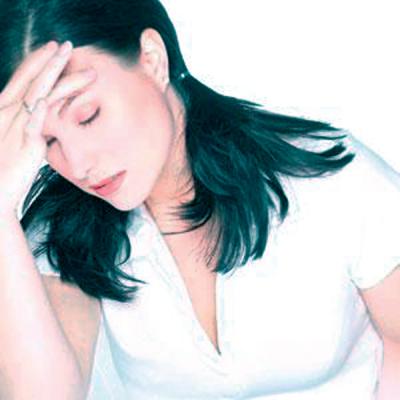