The changes, physiological or pathological, skin eruptions during pregnancy are common. They can be ignored by the patient. Source of anxiety, they are a common reason for consultation.

The GP is here on the front line.

He returned it to recognize cutaneous symptoms, classify in physiological events or otherwise in the specific dermatoses of pregnancy, reassure the patient and sent to a specialist if necessary. It is also caused to follow “every day” a pregnant woman suffering from a skin disease prior to pregnancy.

The nevi (“moles” to patients) may change during pregnancy:

The main differential diagnosis was melanoma.

The patient should be entrusted to a specialized pathologist who examines nevi using a dermatoscope and shall, if necessary, the removal of the suspect lesion.

Hyperpigmentation is associated with pregnancy-induced increase in the level of MSH (melanocyte stimulating hormone).

The appearance of hyperpigmented areas (called melanosis) is extremely common during pregnancy, especially in brown. The affected areas are the breasts and areola (sometimes overflow thereof), axillary and anogenital regions, abdominal white line, scars and thighs to their internal face.

The mask of pregnancy or chloasma is rare.

In the late 2nd or early 3rd quarter, appears an area of ​​melanosis centrofacial or mandible, bilaterally symmetrical.The appearance is that of a hyperpigmented or irregular table.

After delivery, a regression of the lesion was observed, although the latter is not total. The mask of pregnancy may also strengthen after taking an estrogen plus progestin contraception.

Prevention appealed on exposure, use sunscreen (eg, the Roche Anthelios XL Posay® or Photoderm® of Bioderma® not reimbursed).

Depigmenting or use of pigment laser treatments may be proposed by the dermatologist if significant discomfort.

The spider nevi related to hyperestrogenism appear between the 2nd and 5th month, especially on the upper body.They are common in skin white woman, but exceptional in black skin of woman. They regress and disappear in the quarters following childbirth.

They do not require treatment.

Bilateral, it also appears after the first quarter and typically disappears after delivery. The thenar and hypothenar eminences are erythematous. This rash can spread to the entire palm.

No treatment is necessary.

Angioma or superficial subcutaneous and localized telangiectasia may occur rarely during pregnancy, and disappear thereafter.

Varicose veins are explained by venous hypertension (pelvic and femoral) created by the gravid state.

The superficial varicose veins and spider veins are common on the lower limbs of the pregnant woman, often with edema (sometimes affecting the face and eyelids).

Sometimes edema may appear rosy, hard and permanent eyelid. Hemorrhoids and vulvovaginal varicosities are possible, due to the venous pressure. Recall the greater frequency of venous thrombosis in pregnant women.

Treatment is based on the port of venous compression and the position of elongated or legs elevated when resting.

Gingivitis is common in pregnant women.

It is hypertrophic and hemorrhagic.

Pyogenic granulomas can be observed.

Recall the possibility of tooth loss in women if nutritional deficiencies.

Greater hair loss is possible with telogen effluvium at birth.

Vitamin supplements (cystine B6 for example) can be proposed.

Acne is also observed. Remember that even topical retinoids are cons-indicated during pregnancy.

Increasing the size of the sebaceous glands of the areola is responsible Montgomery tubers.

Skin tags, sometimes called molluscum gravidarum, appear at the end of pregnancy around the breasts, on the side of the neck and in the armpits.

A practitioner was, is or will be facing the specific dermatoses of pregnancy. Frequent and heterogeneous disease, they are most often benign, only source of embarrassment for example itching they cause.

Nevertheless, in some cases to be recognized, maternal risk and / or fetal operates. Specialist advice, dermatology and obstetrics, is necessary.

The four most frequent dermatoses, classified according to their clinical and their maternofoetal risk are detailed in Table I. This risk varies for each skin disease and must be present in the mind of the practitioner.

It is also referred to as intrahepatic cholestasis of pregnancy.

The maternofoetal risk is taken into account, with fetal death in utero opportunities, perinatal mortality and prematurity. An obstetric monitoring is necessary. Maternal risk is that of a vitamin K deficiency with a possible haemorrhage and increased incidence of gallstones.

Itching may recur in subsequent pregnancies or during the hormonal intake.

Itching appears in the 3rd trimester and takes to the abdomen starting point.

Clinical examination is normal, recovering at best nonspecific excoriations. Jaundice is rare. Other causes of itching, detailed in Chapter pruritus, will be eliminated.

Pruritus and biological abnormalities regress quickly after childbirth, up to a fortnight.

Treatment is based on a chelating bile salts, cholestyramine (Questran), at a dose of 8 to 16 g, more preferably from 12 to 24 g / day per os. In case of resistance, ursodiol (Ursolvan®) may be given at a dose of 450 mg / day po. One can also use bone antihistamines per the Atarax® or cetirizine. If vitamin K deficiency, to prevent haemorrhage, an injection of 10 to 20 mg of vitamin K intramuscularly necessary.

Micronized progesterone must be stopped, it is sometimes enough to regress pruritus. Contraception based on taking microprogestatifs.

Gestational pemphigoid is an autoimmune skin disease of pregnancy, occurring preferentially in multiparas in Q3.

In 20% of cases it occurs postpartum.

The maternofoetaux risks are assessed differently depending on the series. Prematurity, low weight and low birth size are possible and transient rash in the newborn.

Recurrences are observable in subsequent pregnancies (if the father is the same), or, very rarely, during menstruation, in the peri-ovulatory or the hormonal intake.

The lesions are often preceded by a significant pruritus. Edematous or urticarial closets circinate appear. On these placards secondarily occur tense bullae and vesicles with clear contents, with a shift towards post-bullous erosions and pigmented scars.

These lesions usually start on the umbilicus and the umbilical region. They are located on the edematous or urticarial closets. The palms and soles (with aspect dyshidrose) and the face can also be achieved.

There are also non-bullous pemphigoid gestational with urticaria closets. The study allows direct fluorescent antibody to recognize the disease and distinguish it from polymorphic eruption of pregnancy.

A worsening in the days preceding the birth or postpartum period is possible.

Histology is required for diagnosis. It shows a bubble with dermoepidermal separation with an infiltrate in eosinophils and a linear deposition of C3 and immunoglobulin G of the basement membrane.

Biologically, there may basal antimembrane antibodies, also known as Herpes gestationis factor and sometimes eosinophilia and autoantibodies, including thyroid.

Healing occurs in 1 to 17 months after delivery.

A dermatological advice is necessary. The patient is entrusted to specialist. In mild or moderate forms, treatment with topical corticosteroids level II type Diprosone® is proposed. Systemic corticosteroids (Cortancyl®) at a dose of 0.5 to 1 mg / kg / day is needed in severe cases. In protracted forms after delivery, immunosuppressive therapy is necessary with azathioprine (Imurel®) or methotrexate.

Breastfeeding may reduce the duration of disease progression.

This is a clinically heterogeneous rash, bringing together formerly separate entities.

This is the most common dermatoses of pregnancy, affecting mainly primiparous.

Maternofoetal The prognosis is good, recurrences are rare.

Clinically, it is the combination of several pruritic lesions, with the possibility of plates, urticarial papules, macules, vesicles, dishydrosique appearance palms and plants. The lesions start willingly on abdominal stretch marks, the peri-umbilical region with respect to the navel itself. The legs, arms, back and buttocks can also be achieved.

There are no extracutaneous signs.

Biology is normal and nonspecific histology, no deposit in direct immunofluorescence, which differentiates polymorphic dermatosis of pregnancy gestational pemphigoid.

The transaminases are normal.

This is a generalized pustulosis, exceptional, at times frightening prognosis. In a third of cases, it occurs on a personal or family psoriatic field.

The primipare Q3 or after childbirth is preferentially achieved.

Fetal mortality is high, about 20% depending on the series. Premature birth and fetal abnormalities are present in 30-40% of cases. Fetal monitoring is imperative, with delivery in case of fetal distress.

A risk of recurrence in subsequent pregnancies is

The eruption predominates in large folds and abdominal area. Mucosal involvement is possible.

The patient is entrusted to a specialized environment.

The classic hypocalcemia is inconstant. An inflammation may be present. Bacteriological samples pustules are negative. Histologically, there is a pustule subcorneal multiloculaire.

The disease healed in 20% of cases before delivery or postpartum, at most in four months. Treatment is based on corticosteroids, sometimes associated with calcium and vitamin D, or cyclosporine. The fetal risk requires close monitoring. The risk of recurrence in a subsequent pregnancy advises against.

The disease also may recur during the hormonal intake, menstrual periods. 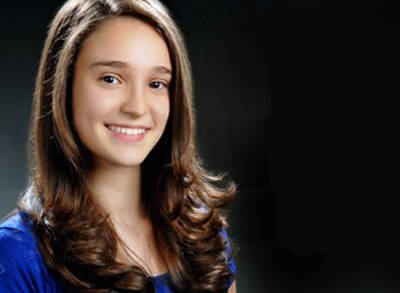