Complete blood counts done systematically or before a clinical picture suggestive of anemia stated on a hemoglobin level below 13 g / dL in men, 12 g / dL in women and children over 10 years; 11 g / dL in children under 1 year, and 10.5 g / dL in pregnant women during the third quarter.

The finding of anemia diagnosed in the low figure of hemoglobin justifies the analysis of biological criteria characteristic of the red line:

– The rate of reticulocytes which affirms the central or peripheral character of anemia;

They correspond to two situations: the anemia of inflammation, where the iron is stored in macrophages under the action of interleukins inflammation IL6, TNF; anemia by iron deficiency.

• Biologically: it combines a low dose of iron with a capacity of transferrin saturation increased (> 60 mmol / L) and low ferritin: dosage of ferritin is reliable and reproducible. It is an accurate reflection of the amount of iron in the body.If association of inflammation and iron deficiency, the ferritin always increases can mark the iron deficiency.

• Clinically: we must find a cause for iron deficiency. This etiological research depends on the patient’s age (Table): For women premenopausal, look primarily gynecological cause; in men or postmenopausal women, we must first seek out a digestive cause tumor or non-tumor; will be sought if negative investigations rarer causes and contributing factors.

The normality of serum iron should be checked twice before we can say normalcy iron. We must mention two diseases: thalassemia and refractory anemias.

Not so much the picture of b-thalassemia major or disease but has Colley or minor or heterozygous b-thalassemia.

• The b-thalassemia reaches the subject the Mediterranean and Southeast Asia; realizes the isolated microcytosis table or pseudo-polycythemia microcytic; diagnosis is based on hemoglobin electrophoresis objectifying increased hemoglobin A2 O 3.5%.

• The a-thalassemia reaches the black subjects and topics of Southeast Asia; achieves a secluded microcytosis table or pseudo-polycythemia microcytic; electrophoresis of hemoglobin is normal.

This is most often refractory anemia sometimes acquired constitutional. Diagnosis is based on the sternal puncture that objective characteristic abnormalities of erythroblasts.

A- normochromic anemia, macrocytic nonregenerative due to extramedullary disease:

1- anemia due to renal failure:

Due to lack of erythropoietin production. The intensity is proportional to kidney failure as measured by blood levels of creatinine.

Before the onset of microcytosis, inflammatory anemia is normocytic; clinical and biological context can confirm the diagnosis.

It should be suspected when anemia occurs in a striking setting: left heart failure, splenomegaly, presence of a peak at protein electrophoresis level b2 or globulins. Apart from these circumstances, an exploration of the cord is required by a sternal puncture at first.

B- normochromic anemia due to a spinal cord pathology:

The puncture and cytological will differentiate several aspects: the absence of bone marrow or red cell aplasia;morphological abnormalities of bone marrow cells either type megaloblastosis or type dysmyelopoiesis. Finally, the puncture is very rich in cells or normal, then requiring bone marrow biopsy.

It carries a fairly typical biological table because besides anemia, reticulocyte rate is zero and the red line of the spinal cord is not represented. We distinguish acute Aplasia arising in the aftermath of a parvovirus B19 infection or after drug intake or during the course of chronic lymphocytic leukemia and chronic forms in adults, to be investigated benign thymic, in children, a Diamond-Blackfan syndrome.

It achieves a typical medullary cytological appearance indicating a deficiency of folic acid or vitamin B12. It should after dosing of these vitamins and before any treatment (or transfusion) to seek first folate deficiency. It is most often due to a lack of supply or excess use (repeated pregnancies, alcoholism, antifolate drugs); less often, it is due to an absorption deficiency (enteropathy, extensive abdominal surgery). If no cause is found, look for B12 deficiency dominated by pernicious anemia. Its diagnosis is based on: a vitamin dosage and low histamine resistant achlorhydria with lack of intrinsic factor, as demonstrated by its dosage in gastric fluid or a Schilling test with or without intrinsic factor. If there is not a pernicious anemia, it will seek an infection botriocéphale or malabsorption.

They mainly affect the elderly; normocytic anemia or not the regenerative macrocytic is the most common biological stigma. Their diagnosis is achieved by sternal puncture which further clarifies the prognosis. Indeed, refractory anemia without blasts have a long life span of several years as refractory anemia with excess blasts will quickly evolve to leukemia in a few months.

The sternal puncture will objectify an invasion by hematopoietic tumor cells (acute leukemia, lymphoma, myeloma) or extrahématopoïétiques (metastasis). Most often, anemia is associated with myelemia or a rather characteristic érythroblastémie.

Given this result myelogram, you must provide a bone marrow biopsy. Only, indeed, the biopsy will make the diagnosis of aplastic anemia before a desert marrow myelofibrosis indicating its importance for non metastatic lesion myelogram or finally a picture of myelodysplasia lean marrow.

The regenerative nature (reticulocytes O 150 000 / mm3) says the peripheral nature of anemia. We must seek first hemorrhagic syndrome, hyperhemolysis, and if negative of these two causes, we must mention the repair of a failure of erythropoiesis.

It is often obvious at times, as part of a particular context (hemostasis disorders, anti-inflammatory drugs, anticoagulants), sometimes more difficult, if bleeding is not externalized. It is therefore important to seek an evocative context, signs of shock, signs of acute anemia (mucocutaneous pallor, thirst, dizziness, sudden weakness).

The red blood cell is normal, it is destroyed by an agent or a mechanism that is external to it. To make the diagnosis in case of difficulties, the life of a compatible allogeneic red blood cell may be an important contribution. Their diminished life extracorpusculaire confirms the nature of the phenomenon. It should evoke an infectious cause, malaria gram-negative septicemia; a lead poisoning; a snake bite, a mechanical heart valve; thrombotic microangiopathy; considerable physical effort (hemolysis marathon); immunological cause with demonstrated anti-erythrocyte antibodies, Coombs testing. Thus, the clinical setting is evocative. In addition to hemolysis, febrile context will lead to practice a thick and blood cultures. Mechanical anemia will seek schistocytes, whose presence confirms hemolysis mechanism. If hemolysis is suspected, the realization of the Coombs test will confirm its immunological in nature without the latter to specify the autoimmune nature, allo-immune or allergic immune hemolysis.

It is usually part of a family history to look; it may be due to abnormalities;

• Membranes: the most frequent anomalies is the Minkowsky-Chauffard disease or hereditary spherocytosis, characterized by the family nature; the increased autohémolyse corrected by adding sugar makes the diagnosis.Other abnormalities of the membrane (elliptocytosis, acanthocytosis) may give the same table.

• enzymatic anomaly: a great many enzyme deficiencies can cause hyperhemolysis. Two summarize the vast majority: glucose 6 phosphate hydrogenase (G6PD) and pyruvate kinase (PK). G6PD deficiency, primarily affect man and realizes hemolysis crises waning of drug intake (malaria, sulfonylurea) or fevers. Their diagnosis is based on family history, body Heintz’s presence on blood smears and dosage of the enzyme away from the hemolytic crisis.PK deficiency is rare also affecting men and women; Diagnosis is made by enzymatic assays and by the test of autohémolyse corrected adhénosine triphoshate.

Cause of iron deficiency in adults:

* These are elimination diagnoses

• Only through careful analysis of the counts that can properly orient the etiologic research to anemia. Any inaccurate interpretation of one of its three values, lead to requests for unnecessary tests.

• Sometimes anemia has many causes and it is through the clinical and biological confrontation, that we can determine all the causes of anemia.

• Monitoring the evolution of the waning of anemia treatment will reinforce the accuracy of diagnosis. 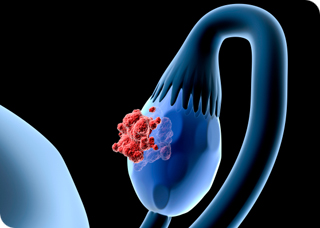 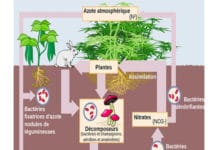 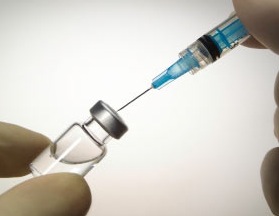