True polycythemia is defi ned by the increase in total cell mass.

The increase in blood count, hematocrit or hemoglobin that the rate can only be suspected polycythemia.

They do not in any case assert because all these data are measures of concentration in plasma.

The hematocrit and hemoglobin increase when the total cell mass actually increases, but these settings can be falsely increased when plasma mass decreases and there haemoconcentration.

The sign most frequently used call is polycythemia that suggest the elevation of hematocrit.

Usually referred polycythemia and will be considered a measure of red cell mass isotope measuring chromium 51 if the hematocrit is:

We consider that there is a true polycythemia if the isotope measured total cell volume is greater than 125% of normal theoretical value.

Note: there are true polycythemia with lower these numbers Ht. Major sporting show hemodilution and a hematocrit greater than 50% may suggest an polyuglobulie.

Certain matters large or bloated figures may have the upper limit of normal.
No exploration is warranted at first.
A remote control (2/3 months) will be performed to ensure the stability of hematocrit.

Irrespective of their etiology, polycythemia are due to an increased production of red blood cells by the bone marrow resulting in the increase of red cell mass.

The direct consequence is the hyperviscocité.

Hematocrit is a great element of screening, but also monitoring polycythemia because the viscosity increases with the increase in hematocrit. Beyond 60% hematocrit there is an exponential increase in viscosity with important consequences which are essentially the risk of thrombosis.

These risks may be increased if it adds dehydration or thrombocytosis are parallel, as is common in some etiologies of polycythemia.

There are two main groups:

They are all due to an erythropoietin hypertension. This hypersecretion is seen in two circumstances:

Any decrease in the oxygen saturation of arterial blood leads to a stimulation of the secretion of erythropoietin. This is what we see during stays in high altitude during chronic pulmonary disease or cardiac shunts right to left. Note that smoking can give moderate polycythemia in some subjects. More rarely, there may be abnormal hemoglobin, in the case of hemoglobin in increased affinity for oxygen (family polycythemia).

In this case there is a tissue anoxia without desaturation oxygen, the oxygen being poorly released by the hemoglobin to tissue.

In all these situations, there is a so-called erythropoietin hypersecretion “appropriate” as it responds to a physiological stimulus.

Some pathologies are the source of a secretion érythropoéitine when there is no tissue hypoxia. This is called secretion “inappropriate” erythropoietin. This is what is observed in some tumors: Frequently are secreting tumors of the kidney (clear cell carcinoma). Other tumors may cause hypersecretion of this, it is conventionally tumors cerebellum (hemangioblastoma) or liver tumors.

Some benign lesions may be accompanied by hypersecretion érythropoéitine is the case in particular renal cysts.

Polycythemia vera (Polycythemia Vera Anglo-Saxon) (PV), is one of the myeloproliferative disorders. It is characterized by a clonal proliferation, uncontrolled, hematopoietic stem cells predominating in erythroid but also reached frequently granular and megakaryocytic lineages.

It is uncommon before the age of 40 years with a discreet male.

It is exceptional in children. It is a rare disease whose incidence is 1: 2.8 cases per 100 000 inhabitants. The extended life of patients explains the high prevalence (about 10 000 in France).

Of thrombo-haemorrhagic complications are often indicative of the disease. The review found frequently moderate splenomegaly while lacking in secondary polycythemia.

The blood count shows, besides the increase in red blood cell parameters, frequently leukocytosis and thrombocytosis.

So far PV diagnosis was based on a series of positive and negative criteria initially established by the Polycythemia Vera Study Group (PVSG) as part of a clinical trial, revised criteria by WHO in 2001 (Box 1).

Box 1. WHO criteria for diagnosis of polycythemia vera (2001)
A1 – cell volume increased by more than 25% audessus
the normal value calculated for the patient; or
Hb respectively greater than 185 g / L for men
and 165 g / L for women
A2 – no cause of secondary polycythemia
A3 – splenomegaly
A4 – clonal cytogenetic abnormality (excluding Philadelphia chromosome or the BCR-ABL fusion transcript)
A5 – growth of erythroid colonies ‘spontaneous’ in vitro
B1 – thrombocytosis greater than 400 x 109 / L
B2 – leukocytosis greater than 12 x 109 / L
B3 – bone marrow biopsy with increased richness affecting the three myeloid cell lines (erythrocyte proliferation and predominant megakaryocytic) and without fibrosis myélofi
B4 – dosing decreased blood erythropoietin
polycythemia vera diagnosed if:
– A1 + A2 + 1 other criterion A
– A1 + A2 + 2 criteria B

In contrast to chronic myelogenous leukemia where it has long known the role of the t (9; 22) in the pathogenesis of the disease, there was no specific molecular marker of PV and diagnosis was based on all the criteria described above.

In 2005, a single point mutation, acquired tyrosine kinase JAK2 has been described (JAK2 V617F mutation). The mutation is present in 95% of PV. It is never found in secondary polycythemia or in healthy subjects.

On the mutated protein is functionally active spontaneously. It is capable of activating the erythropoietin signaling pathways in the absence thereof. The in vivo effects of the mutation were studied and transplanted mice with bone marrow cells expressing the mutated JAK2 protein develop polycythemia and splenomegaly. All of these results suggests that the JAK2 V617F mutation is perhaps the primary molecular event for the development of polycythemia vera.

A simple molecular test to detect the JAK2 V617F mutation is now marketed.

The test can be made from a blood sample.

There are a few primitive about polycythemia (5%) that do not have the mutation.

This is where specialized investigations as bone marrow biopsy, the dosage of erythropoietin and progenitor erythroblast cultures retain all their interest.

The discovery of this mutation has upset the traditional diagnostic criteria.

Note that the JAK2 V617F mutation is found in other myeloproliferative disorders:

– In essential thrombocythemia (about 60% of cases);

– In the primitive yélofibroses m (about 50% of cases).

Data from the literature report conflicting results about the life expectancy of patients with PV: some studies show no difference in mortality with the general population, others report a higher mortality (1.6 times).

The major complications of PV and that make all the gravity are thromboses.

The transformation into acute leukemia, a very poor prognosis, is a spontaneous evolution of the myeloproliferative disorder but the frequency is probably increased by cytoreductive treatments.

In the long term, a major risk is the evolution to an array of myelofibrosis with splenomegaly due to myeloid metaplasia of the spleen. This change is usually accompanied by anemia with morphological abnormalities of the red blood cells, possibly thrombocytopenia. It is a very poor prognosis.

The prognostic impact of the presence of the JAK2 V617F mutation is yet to be determined.

The major risk is the risk of thrombosis. If polycythemia is important at diagnosis, emergency treatment by repeatedbleedings 2 times per week is required at a rate of 400 mL by bleeding to normalize hematocrit. Then it will establish a basic treatment to control long-term hematocrit. We have the choice between bloodletting and iterative myelo-suppressive treatments.

In the young, under 50 years, the treatment will be based on repeated bleeding that will maintain hematocrit within normal limits. Please note, this treatment is only possible in the absence of vascular disease, if there is no thrombocytosis immediately and if the plates remain below 800 109 / L, despite the bloodletting.

Caution: Repeated bleedings cause iron deficiency it is important not correct as it is clinically tolerable.

In older subjects, or in cases where repeated bleedings are not possible, myeloablative therapy is warranted:

– The Hydroxyurea (HydreaR) orally at short long is the standard treatment. Daily doses 15 to 30 mg / kg are generally effective. It is well tolerated. However, there 10 to 15% of discontinuation for mucocutaneous problems (mouth ulcers, recurrent ulcers).

– Pipobroman (Vercyte®) can also be used. As Hydrea®, it will not only correct hematocrit but also the number of white blood cells and platelets.

The leukemia risk of these medications long-term is probably not negligible and alternative treatments should be offered to younger subjects.

Interferon alpha The (IFNa) is recognized efficiency in PV, but of limited use because of its side effects. New forms of pegylated interferons seem promising and better tolerated.

Treatment with phosphorus-32 is very leukemia, is practically used except in very elderly subjects with the observance of daily treatments is impossible.

The discovery of the JAK2 V617F mutation opens the possibility to see the development of targeted therapies in the near future.

What is now, after the discovery of the JAK2 V617F mutation, the diagnostic strategy before suspected polycythemia?

The increase in total cell mass remains a defining criterion THE polycythemia vera.

Molecular diagnosis of the JAK2 V617F mutation is now widespread, easy routine with reliable commercial test. It is done on simple blood test.

Conversely, the measurement of blood volume is only done in specialized centers and is therefore more burdensome for the patient. We therefore propose the following diagnostic algorithm to suspected polycythemia (Fig. 1). 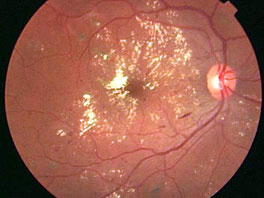