Diagnosis of infection with human immunodeficiency virus (HIV) remains in France a city of medicine current problem.Besides the mandatory reporting of AIDS disease introduction there more than 20 years, the introduction of mandatory reporting of HIV infection from 2003 gives us precise information on the evolution of the epidemic. The estimated number of people infected with HIV residing in France is between 90 000 and 160 000, of which approximately 30% are unaware of their HIV status. The HIV test is a widely prescribed examination in multiple circumstances: 5.3 million tests were performed in 2005 in France. That same year is estimated at 6,700 the number of people who have discovered their HIV status, a quarter of those people have been infected in the six months before diagnosis. Of those who discovered their HIV status in 2005, 51% were infected by heterosexual contact, 27% homosexual, and only 2% use injectable drugs.

People infected through heterosexual majority are women (57%) from sub-Saharan Africa (48%). Virological, non-B subtypes of HIV that are customary in Africa account for 41% of HIV infections diagnosed in 2005. The HIV-2 represents 1.5% of cases.

In the absence of symptom:

Most often the HIV test is performed in the absence of any symptoms either during a review (premarital examination, pregnancy) or at the request of a person who was in his past exposure circumstance possible HIV: unprotected sex, needle stick injury, assault …

As part of a recent accidental exposure to HIV serology may be sought before any emergency hospital prescription of prophylactic combination therapy for HIV infection; This prophylaxis is indicated if the accidental exposure to HIV date less than 48 hours. In other cases, HIV testing will be required after the period of 3 months after exposure or before if symptoms suggestive of primary infection occur.

The HIV diagnosis should be considered in any sexually transmitted disease whose frequency has increased significantly in France since the early 2000s, including syphilis, which is very often associated with HIV infection in homosexual population, but also other sexually transmitted infections whose frequency is increasing: lymphogranuloma venereum, hepatitis B, gonorrhea and herpes.

The primary HIV infection occurs at about 2 to 6 weeks after infection. It is accompanied, in more than half of the cases, various clinical symptoms that will last on average 2 weeks: initially it is a flu-like syndrome with a substantially constant fever, often high and which will last from 2 to 8 days. It is often accompanied by dysphagia, headache, myalgia, anorexia and weight loss. Pharyngitis is often present and a maculopapular truncal rash, sometimes there are superficial mucocutaneous ulcers oral or genital.

Inguinal lymphadenopathy and the cervicoaxillaires appear after a few days.

Diarrhea and abdominal pain are present in a third of cases; oral candidiasis is possible and highly evocative.

In 10% of cases of neurological manifestations may be present (facial palsy, polyneuropathy). There are often biological disturbances during the primary HIV infection infection: thrombocytopenia (75% of cases), leukopenia (neutropenia and lymphopenia), mononucleosis, moderate increase in transaminases. The diagnosis of primary HIV infection before a flu picture is difficult especially if it occurs within the period of seasonal epidemic influenza viruses.Guide the diagnosis associated clinical signs (especially lymph nodes, digestive disorders and skin changes); they will seek an environment moving towards the risk of contamination (unprotected sex with a new partner, accidental exposure to blood …). Biological diagnosis at the initial stage of primary infection (the 10th to 20th day after contagion) is based on the research antigenaemia P24 initially present while serology is still negative; research on plasma HIV RNA can be requested but it will be in default in case of HIV-2 and HIV-O. From the 3rd week ELISA tests become positive, the incomplete profile of the Western blot positivity is characteristic of the primary infection.

In some patients, the chronic phase of HIV infection may be asymptomatic for a long time, the disease is showing a very late stage of AIDS infection. For other patients, various clinical manifestations should evoke the possibility of HIV infection.

The occurrence of lung disease and / or recurrent ENT infections must systematically seek HIV infection.

The onset of nephropathy with proteinuria, especially in the subject of black race, must find HIV infection.

Signs of neurological call: peripheral facial paralysis, peripheral neuropathy without usual cause, myelopathy, impairment of mental ability may be modes of revelation of HIV infection.

Certainly, age, geographical origin (sub-Saharan Africa, Haiti) and the patient’s sexual orientation could constitute presumption of infection of HIV arguments, but do not forget that this virus is now widespread in the French population, making void in part the notion of “risk group”. Thus, today in France, about 5% of patients infected with HIV are aged over 60 years, and in this age group, the Caucasian and heterosexual transmission is the most common.

In 2005, the main pathologies revealing HIV infection to AIDS stage are in order of frequency:

– The pneumocystis carinii pneumonia which represents 30% of the inaugural AIDS pathologies. It carries a bilateral interstitial pneumonitis translated by coughing, feverish with dyspnea worsening day by day;

– Tuberculosis, which represents 17% of the inaugural pathologies is either lung or lymph node;

– Esophageal candidiasis reveals 14% of AIDS cases and results in dysphagia; it is almost always accompanied by a thrush. The candida infection is rarely bronchial, tracheal and lung;

– Kaposi’s sarcoma is indicative of HIV in about 8% of cases. It results in skin lesions and / or purple fleshy mucous membranes;

– The non-Hodgkin’s lymphomas are the most common malignant tumors in patients infected with HIV and they reveal the disease in 6% of cases. These are usually of high malignancy lymphomas with general signs, phenotype B with active replication of the Epstein-Barr virus. These lymphomas are usually devices, lymph node, with medullary often and tissue invasion. The brain lymphoma is rare and is usually found at a very advanced stage of immunosuppression;

– The cytomegalovirus revealed HIV infection in 7% of cases. It can be a retinal or gastrointestinal involvement (esophageal or colon).

Finally remember that infection with the AIDS stage HIV should be sought before any invasive cervical cancer.

The prescription of HIV testing should always be accompanied by a medical consultation. The patient information is essential (except for failures linked to a suspension of consciousness). The choice of test depends on the clinical picture (primary infection or subsequent stage). At a recent HIV exposure should be evaluated its terms the date of exposure, or knowledge of the presence of HIV in the source person …

The interview (in English counseling) will also focus on the consequences that will have the test results. Rendering HIV testing also will be subject to a consultation and recall the terms of HIV transmission. Psychological support is often necessary in the context of exposure to HIV seropositive and discoveries.

Diagnosis is based on laboratory tests: routine screening test is looking for antibodies to HIV done by two ELISA tests.The confirmatory test by the Western blot method will always be asked if positive ELISA. Indeed ELISA may experience false positives (about 1% of cases) usually resulting in the low positivity of one of the ELISA tests, the other being negative. In contrast, the ELISA may experience false negatives when the test is applied too early in the silent phase following HIV contamination; the mean time to onset of HIV antibodies is about 24 days after the contagion. The sensitivity of the ELISA tests has steadily improved in recent years but described rare cases of late onset of HIV antibodies after contagion. That is why the period of three months after exposure to the virus is recommended to eliminate 100% the risk of contamination. ELISA tests are tracking antibodies against HIV1 and HIV2. It is the Western blot that distinguishes between the two viruses. The search for the virus itself can be done by measuring the P24 antigen and by measuring HIV viral load. The P24 antigenemia is often undetectable during chronic HIV infection but is present during primary infection 15 days after the contagion. Measuring HIV viral load is not a screening test; she knows for certain false negative HIV virus in Africa include HIV-2 virus and HIV-0.

The discovery of the infection will be notifiable anonymized, initiated by the laboratory analysis, supplemented by the prescribing physician. A request for support at 100% under ALD 30 will be completed by the attending physician. The results of HIV infection and comorbidities will then be prescribed (serology hepatitis B, hepatitis C, toxoplasmosis, TPHA-VDRL) and the lymphocyte typing CD4 / CD8 and determination of viral load. The indication and the initial prescription of ART will be made at a specialized outpatient.

In conclusion, HIV infection remains a common diagnosis in general practice. The test must be applied in many situations must be recognized. The management will then be in partnership with a specialized outpatient.

The initial prescription of antiretroviral treatment is made by a hospital doctor.

The goal of treatment is to obtain a viral load below 50 copies / mL.

Information, consent and patient adherence are the prerequisites for successful treatment.

It is recommended that a genotypic resistance test before starting treatment in antiretroviral naïve patients to seek primary HIV resistance.

The main points are summarized in the following tables from the expert report 2006.

Anesthesia of the chin tuft 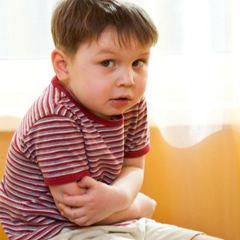 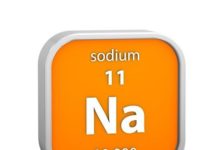