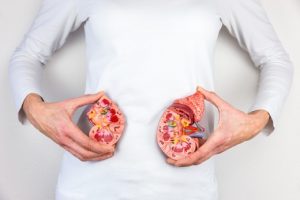 Acute renal failure (ARI) during hepatocellular insufficiency (HIC) has many etiologies (functional renal failure [FRI], tubulopathy and hepatorenal syndrome [SHR]). The vast majority of ARI etiologies in the cirrhotic patient are represented by acute tubular necrosis. The SHR ARI is characterized by a deterioration of renal function without histological alteration; the collapse of the glomerular filtration rate (<40 ml min -1 ) is related to a massive reduction in renal plasma flow by cortical vasoconstriction.SHR is a diagnosis of elimination.

Two forms of SHR are distinguished according to the mode of installation and evolution. Type I SHR is defined by a doubling of serum creatinine (> 220 μmol l -1 ) or by a 50% reduction in creatinine clearance which becomes less than 20 ml min -1 in 2 weeks. In type II SHR, renal failure develops more slowly and patients are usually classified as refractory ascites.

SHR is a renal functional disorder that should be reversible, as demonstrated by renal function recovery in renal transplant recipients who receive a graft from a patient who has died with SHR.

In type I SHR, the median survival is less than 2 weeks. The death occurs in a mixed picture of hepatocellular insufficiency and renal failure, without it being possible to determine the respective share of responsibility of each of these failures in the occurrence of the death.

Patients developing type II SHR usually have a more favorable prognosis. The remainder of this presentation focuses on Type I SHR.

Patients with cirrhosis complicated by ascites but free from renal failure develop SHR ​​at 1 year in 18% of cases and at 5 years in 39% of cases. The risk of occurrence of SHR is not related to the etiology of cirrhosis or the Child-Pugh score but appears to be more common in cases of hyperreninism, hyponatremia, and in the absence of hepatomegaly.

An evolutionary complication of cirrhosis such as infection (even without shock) and gastrointestinal bleeding is observed once in two before the onset of SHR.

The pathophysiology of SHR is complex. SHR develops in patients with advanced hepatocellular insufficiency complicated by portal hypertension (HTP) and ascites. Classically, HTP was considered to be responsible for ascites, which induced hypovolemia that caused renal water-soluble renal reabsorption. More recent studies show that blood volume is actually increased from the initial phase in these patients. Sodium retention then precedes the development of ascites. HTP, via a neurohormonal reaction (hepatorenal reflex), leads to a renal reabsorption hydrosodée with hypervolemia and ascites. This reaction is independent of any hemodynamic alteration.

For Anglo-Saxon authors, the primum movens of SHR would be arteriolar splanchnic vasodilatation induced by the release of vasodilator mediators during PH. NO in this respect plays a leading role. The initial decrease in arterial resistance in all territories creates a relative hypovolemia that leads to the reflex activation of vasoconstrictor systems (sympathetic system, renin-angiotensin system, release of arginine vasopressin, endothelin and adenosine …) to maintain adequate visceral perfusion pressure. The splanchnic circulation escapes this regulation. At the renal level, the vasoconstrictive neurohormonal response is responsible for the water-soluble reabsorption.

The symptomology of SHR is that of an FRI that occurs in cirrhosis at the stage of ascites. The diagnosis of SHR imposes two stages: to affirm the cirrhosis then to exclude the other etiologies namely:

– glomerulopathy with renal failure related to cirrhosis or other etiology.

The diagnosis of SHR is currently established according to the criteria of the “International Ascites Club”. It requires the presence of five major criteria that must all be present to affirm the diagnosis.

In the cirrhotic patient, however, certain elements must be emphasized:

– Due to the decrease in ureagenesis, the elevation of urea is a poorly sensitive marker; – muscle wasting makes serum creatinine a poor reflection of glomerular filtration. Routine monitoring of renal function in cirrhotic patients should be performed by calculation of creatinine clearance.

The SHR actually reflects the severity of liver disease. The prevention of the development of SHR in cirrhotic patients is imperative and involves the maintenance of a correct volume, the administration of albumin in case of paracentesis or infected ascites, the rational use of diuretics, the limitation of radiological examinations with injection of iodinated contrast agents, the removal of aminoglycosides and NSAIDs. When kidney failure is established, its prognosis is closely related to the fate of liver function. SHR is fatal in the absence of improvement in IHC. The treatment of SHR is liver transplantation. Other treatments: extrarenal (EER) treatment, shunt techniques and pharmacological agents are waiting therapies for liver transplantation.

In SHR, transplantation is burdened with excess morbidity and excess mortality. In the postoperative period, one third of the patients will be transiently dialyzed and 5% will remain permanently. The use of artificial livers (porcine hepatocytes) could be an alternative.

In patients for whom extrarenal treatment (ERA) is considered, the best mode of treatment, diffusion or convection, continuous or intermittent technique, is not defined. ERA is usually initiated to control the major hydrosodium overload leading to acute pulmonary edema with hypoxia, threatening hyperkalemia, severe metabolic acidemia, or accumulation of nitrogenous wastes. In the initial phase, sequential techniques are generally preferred in cases of hyperkalemia or threatening acidosis to achieve rapid correction of these disorders. In case of hyponatremia, continuous techniques are readily proposed to limit the risk of too rapid correction of plasma hypo-osmolality and therefore the risk of centropontinine myelinolysis.

In SHR with hepatic encephalopathy, continuous techniques are accompanied by greater stability of intracranial pressure than sequential techniques.

In long-term treatment, prolonged techniques are sometimes proposed because they would be associated with a better hemodynamic tolerance. They make it possible to continuously adapt the ultrafiltration according to the circulatory tolerance and the intakes. Due to the alteration of lactate metabolism associated with cirrhosis, haemofiltration replacement fluids should be buffered with bicarbonate and not with lactate. Anticoagulation of the circuit may be difficult to achieve in these thrombocytopenic patients who frequently have acquired disorders of plasma coagulation. In case of recent active hemorrhage, low molecular weight heparins will be preferred to unfractionated heparin. In some cases, heparinization may be limited to the extracorporeal circuit with heparin neutralization in the venous return line by protamine sulphate and the addition of prostacyclin.

In the absence of a realistic cure for IHC by liver transplantation, the absence of ERA can be justified from the outset.However, this attitude must be balanced, given the difficulty of formally establishing the diagnosis of SHR and the improvements in renal function sometimes observed during SHR after jugular intra-hepatic portosystemic shunting (TIPS). administration of vasoconstrictor agents or antioxidants.

Portosystemic leads have been proposed initially to reduce portal hypertension and to control refractory ascites. They decrease the portal venous pressure and increase the circulating volume. These techniques can transiently improve renal function.

Peritoneal venous anastomosis can not be recommended in routine practice for treating SHR, given the high mortality associated with this surgery (25%) and the lack of proven benefit in improving renal function.

The realization of TIPS is followed by a reduction in sympathetic activity and the renin-angiotensin system, an increase in natriuresis and an improvement in renal function. Encouraging results in survival have been reported in a non-randomized open-label study in non-transplantable cirrhotic patients. The benefit was clear in patients with bilirubinemia less than 85 mol l -1 and a Child-Pugh score of 12 or less.

The Molecular Absorbent Recirculating System (MARS) is a treatment modality for SHR. The blood is dialyzed against an albumin-rich dialysate to facilitate the purification of albumin bound toxins (bilirubin, aromatic amino acids and water-soluble substances). A prospective randomized controlled clinical trial was conducted to determine the effects of MARS on survival on D30 versus standard medical treatment in 13 patients with SHR type 1. All patients treated conventionally died on D7, while two out of eight patients survived J30. MARS sessions are performed five times a day and are associated with a significant decrease in bilirubin and serum creatinine. Further tests are needed to confirm the efficacy and safety of the MARS technique.

Treatments whose effectiveness is not demonstrated:

Diuretics. In patients with advanced IHC, the use of furosemide appears to favor the occurrence of SHR. In general, the diagnosis of SHR can only be made after interruption of diuretics. There is no scientific data to recommend furosemide administration during SHR.

Renal vasodilator treatments. Renal arterial vasoconstriction is a major determinant in the genesis of SHR. Dopamine and prostaglandins have been logically used in SHR to induce renal vasodilation. However, these drugs have proven ineffective.

Analogues of vasopressin. Analogues of vasopressin (ornipressin and terlipressin) are potent splanchnic and systemic vasoconstrictors. They inhibit vasodilatation in these territories. Ultimately, they oppose reflex renal vasoconstriction of neurohumoral origin. Their prolonged use is accompanied by an increase in the glomerular filtration rate and diuresis, without increasing urinary sodium excretion.

The prolonged administration of ornipressin is accompanied on one occasion out of two by severe adverse effects (ischemic colitis, ventricular extrasystoles, lingual ischemia …); therefore, ornipressin can not be recommended during SHR.

Terlipressin infused over a short period (48 hours) is well tolerated. In an uncontrolled, retrospective, multicenter study of 91 patients, terlipressin injection at a dose of 2 to 4 mg day -1 for 10 days improves renal function in 60% of cases.Overall survival is around 30% at 2 months. It is significantly higher in responders. The efficacy of terlipressin in intravenous bolus (1 mg, 2 to 4 times d -1 ) on renal function is increased by volume expansion by albumin (1 g kg -1on day 1, then 20 to 40 gd – 1 for 5 to 15 days).

Other pharmacological treatments. Sporadic observations show improvements in renal function in noradrenaline-treated patients treated with noradrenaline, midrodine-octreotide and selective endothelin receptor antagonists (BQ-123). Antioxidants could be a therapeutic avenue of research. N-acetylcysteine ​​was tested in an open-label, open-label study in 12 patients (initial bolus 150 mg kg -1 iv in 2 hours followed by a continuous infusion of 100 mg kg -1 for 5 days). Mean creatinine clearance averaged 24 to 43 ml min -1 between day 1 and day 5 of treatment. Seven patients were still alive at 3 months.

The occurrence of acute renal failure in IHC has a poor prognostic significance and has many etiologies including IRF, acute tubular necrosis, glomerulopathies and hepatorenal syndrome (SHR). The latter remains a diagnosis of elimination. Radical treatment of SHR is liver transplantation. The other treatments proposed are still in the form of waiting treatments.

Renal function should be regularly assessed from creatinine clearance, not serum creatinine. The prevention of renal failure goes, more than in other patients, by the respect of the volemia and the eviction of nephrotoxic agents such as aminoglycosides and NSAIDs.

The use of intravenous contrast agents should be subject to a rigorous evaluation of the risk / benefit ratio. 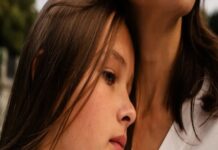 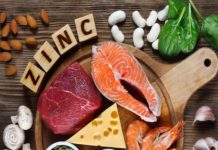