– Myasthenic phenomenon is a deficit in muscle strength whose essential character is to increase the opportunity of an effort. The fatigue increases during the day. This fatigue is corrected at rest. 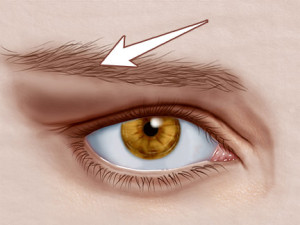 – An essential feature of this is its correction under the effect of anti-cholinesterase drugs. The cold improves.

– Involvement of the eye-lid musculature is evocative. Ptosis (+ or diplopia) is one-sided to the top and can bilateralize thereafter remaining asymmetric habi-rently. It tends to increase later in the day.

– Achieving the bulbar muscle innervation sounds on phonation, mastication (with food) and swallowing (liquid discharge through the nose). The voice becomes intelligible nasonnée then.

– Involvement of respiratory muscles can lead to a rapid ventilatory decompensation sometimes inaugural.

– Transient neonatal myasthenia occurs in 10 to 25% of myasthenic mother of children. Early events for 2 to 3 weeks and then spontaneously regress. Hypotonia associated with the suction disorders, swallowing and breathing.

– Thymus and gravis: thymic hyperplasia exists in 65% of cases and thymoma in 15% of cases. The thymectomies have a beneficial effect especially in cases of mere hyperplasia. Thymoma can be benign or malignant.

– Myasthenia and autoimmune diseases: associations are common. thyroid disease is found in 13% of cases.

An association with cancer is not exceptional.

– EMG: presence of neuromuscular blockade after a repetitive low frequency stimulation (3Hz) with decrease in the amplitude of the muscular response (reduction potential of more than 10%).

NB: The most sensitive test is the single fiber EMG.

– Pharmacological test: test edrophonium (Tensilon) and prostigmine (cholinesterase inhibitors). This test temporarily regress symptoms. If it is negative does not exclude the diagnosis.

– Anti-receptor Ac acetylcholine: positive in more than 85% in case of generalized MG. Positive in 50% of ocular myasthenia. Free rate correlated with the clinical severity.

– Thymectomy: risk of postoperative myasthenic thrust. Offered in the young and in generalized myasthenia.

– Immunosuppressive: offered in case of failure of thymectomy and corticosteroid therapy (azathioprine)

* Drugs containing the salt of Mg 2+

7- Other causes of myasthenic syndrome:

– Lambert-Eaton syndrome: paraneoplastic syndrome myasthiniforme; path is essentially with the lung small cell carcinoma. It is due to presynaptic blockage of neuromuscular transmission (insufficient release of acetylcholine). Ac positive anti-calcium channels in 50% of cases. Muscle deficit improves in the day or after an effort unlike myasthenia gravis. Respect oculomotor and facial motor. The ROT are often abolished. 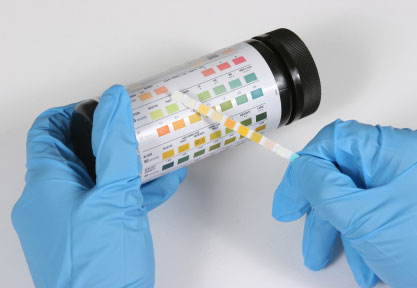