– He set any condition is clinically characterized by acute respiratory distress, radiologically by bilateral alveolar opacities and severe hypoxemia refractory to oxygen enrichment of inspired gases in the absence of abortion.

– Causes: Infectious and traumatic causes are most frequent (2/3 cases). In most cases it is the clinical expression of a systemic disease, inflammatory or septic in nature.

– Pulmonary involvement in ARDS is manifested histologically by an interstitial and alveolar pulmonary edema and hyaline membrane formation. diffuse alveolar damage (destruction of type I pneumocytes) later replaced by cuboid cells derived from type II pneumocytes. The evolution is towards healing or to pulmonary fibrosis.

– The hypoxemia in ARDS resulting different mechanisms. The main mechanism is an intra-pulmonary shunt (pulmonary territories perfused but not ventilated => VA / Q = 0). The enrichment of inspired oxygen gas does not correct the hypoxemia (-> refractory). The dissemination of disorders do not participate in hypoxemia in the acute phase of ARDS. The alveolar hypoventilation is mainly seen before intubation (exhaustion) with normal or hypercapnia.

– Inactivation of the surfactant causes the closure of the small airways leading to the formation atelectasis.

– There are often PAH; linked to several factors: obstruction of the pulmonary vascular bed by the inflammatory process, DIC, hypoxic pulmonary vasoconstriction and inflammatory; This PAH is usually moderate (pulmonary artery occlusion pressure is <18mmHg). This PAH is precapillary kind. 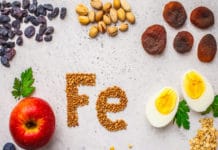