– DDB or bronchiectasis is anatomically defined by an abnormal and irreversible dilatation of bronchial caliber associated with a destruction of the adjacent lung parenchyma.

– The bronchial mucosa is the site of significant inflammation, leading to hypertrophy of mucous glands and goblet cells => bronchial hypersecretion. There is stasis of mucus favored by the deterioration of hair cells; it establishes a chronic infection of the bronchi (vicious circle); these lesions may be diffuse or localized.

– The bronchi end in cul-de-sac with obliteration of the small airways in swallow.

– There neovascularization from the bronchial arteries may be responsible for hemoptysis.

B- localized dilation of the bronchi:

– Clinical features: daily sputum, permanent, abundant; hemoptysis are common; dyspnea varies depending on the extent of the injuries.

– Chest X-ray: can show several aspects (may be normal)

– Indications for bronchographie is limited to preoperative assessments, and the rare cases where the scanner is not conclusive.

III- Assessment of the disease (impact):

– EFR: joint syndrome (obstructive and restrictive). The severity is correlated with the decline in FEV; FEV <30% predicted a pejorative prognostic value.

– Blood Gas: at the stage of IRC, there is a hypoxia with hypercapnia

– Physiotherapy is fundamental, it is the basis for chronic care; Daily active sessions.

– Antibiotic therapy is systematically adapted to the germ: fluoroquinolones (Haemophilus influenzae); in case of infection with Pseudomonas aeruginosa, an intravenous combination is recommended (ß-lactams and aminoglycosides).

– The identification of a reversible obstructive syndrome is common and encouraged to prescribe bronchodilators for long periods. 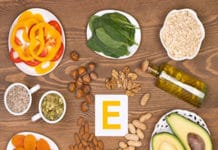