Priapism is defined as an abnormally prolonged erection irreducible and occur in the absence of sexual desire.Gradually, the erection becomes painful and return to the flaccid state can not be achieved by the patient.

Since the introduction of drugs injected into erectogenic intracavernous, the frequency of iatrogenic priapism has increased significantly.

This resurgence of prolonged erections allowed to study, and thus better understand the pathophysiology of this condition. It was followed by an improved therapeutic management become more systematic in order to fight against impotence sequelae. Indeed, the consequence medium and long term untreated priapism, is the occurrence of erectile dysfunction and even impotence final total.

This is due to fibrosis of the corpora cavernosa.

The role of the urologist is to prevent priapism in patients using drugs erectogenic adapting best dosages based on the patient’s needs, and in case of priapism proved to medically or surgically treated urgently.

When erect, the erectile tissue of the corpora cavernosa behaves like an active sponge.

It consists of blood vessels and smooth muscle fibers that are contracted to the flaccid state of the penis. After sexual stimulation, under the action of nitric oxide and cyclic GMP (guanosine monophosphate), smooth muscle fibers relax and the blood vessels become engorged with blood thereby achieving a normal erection under the influence of the system central nervous and endocrine systems. Priapism is a consequence of a penile hemodynamic abnormality.

There are two types of priapism: priapism stasis and broadband priapism.

In the case of stasis priapism (PDS), engorgement of the corpora cavernosa, while the rest flaccid penis, may cause anoxia with tissue damage. The severity depends on the duration of priapism determining the risk of irreversible tissue damage responsible for the secondary impotence.

Blocking the detumescence mechanism is linked either to an inability to recontraction smooth muscle: they are priapism neuromuscular, whose best example is the pharmacologically prolonged erection. They can also be of toxic origin (alcohol, marijuana), secondary to neurological disease (spinal cord tumor, multiple sclerosis, myelitis, traumatic brain or spinal trauma) or iatrogenic, associated with the prescription of psychotropic drugs (phenothiazines, neuroleptics, etc. ). Various causes have been advanced (non-secretion of endothelin, excess muscle relaxant drugs, excessive parasympathetic stimulation, etc.) without any of them is necessary; a slowdown of the cavernous emptying by increasing blood viscosity, making ineffective the recontraction smooth muscle: it priapism are haematological that may be encountered in the context of malignant cell proliferation, disorders of platelet aggregation coagulopathies and especially sickle cell anemia, the most common cause in children. Hypoxia and acidosis promote the formation of sickle cells. These result in embolization into the dorsal vein of the penis.

Intravascular coagulation and fibrinolysis cause inflammation and fibrosis at the origin of the sequelae impotence.

In the case of broadband priapism (PHD), the increase in blood flow in the corpus cavernosum exceeds Detumescence mechanisms.

There is no anoxia and functional prognosis is better.

Histologically, the lesions appear gradually. In both types of priapism, the first anomaly before noon is interstitial edema trabecular. From the 12th hour, a lymphocytic infiltration appears trabecular and trabecular smooth muscle cells may begin to turn into fibroblastiques- like cells. Conversely, in the PHD, there will be no greater histological lesion.Tissue damage will continue to evolve in the PDS, with the appearance of necrosis of trabecular smooth muscle cells and endothelial cells, promoting thrombus formation. Necrosis of smooth muscle, nerve endings and blood supply is made after the 48th hour, with progression to fibrosis.

The diagnosis is easy. Clinical examination revealed essentially an erection of the corpora cavernosa, the remaining flaccid glans, except PHD where it may be slightly tumescent.

The precise questioning the duration of erection, main prognostic factor, triggering circumstances research moving towards an etiologic diagnosis: known hematologic disease, use of psychotropic drugs, especially trauma and treatment of impotence by intracavernous self-injections. The key is to identify the existence of spontaneous pain or pressure caused the rod, witness ischemic pain after the sixth hour.

This pain may fade after the first 24 hours.

In PHD, pain is usually less intense, rigidity is less important, symptoms can be more volatile than in the PDS, sometimes with periods of temporary and partial detumescence of the penis.

The erection of the penis is in favor of PHD. The differential diagnosis is often made by paracentesis found that black blood, thick incoagulable if PDS and red blood coagulated in the PHD.

In the PDS, the gas analysis shows the severity of priapism criteria encrypting hypoxia, hypercapnia and acidosis.There is no anoxia in the PHD.

The pressure tap in the cavernous high PHD and reduced in the PDS can be helpful.

The penile Doppler ultrasound is useful in case of suspicion of PHD may objectify the hematoma and the arteriovenous fistula with increased flow cavernous. His interest is very limited.

The main hematologic causes of spontaneous and iatrogenic priapism are presented in Box 1.

The main causes of neuromuscular spontaneous and iatrogenic priapism are presented in Box 2.

In the PDS, whatever the etiology, treatment should enable to obtain the earliest possible sustainable flaccidity to prevent the risk of fibrosis of the corpora cavernosa.

The treatment is less urgent in the PHD as no anoxia. In both cases, it should be performed in a specialized environment.

The frequency of pharmacologically induced priapism requires recognition of a new entity: the pharmacologically prolonged erection challenge arbitrarily denied as a blocked erection lasting more than 4 hours after intracavernosal injection of drugs erectogenic. WFI This is not a physiological erection but Priapic venous kind.

This individualization enables standardized management of patients treated with intracavernous injections and gives all its importance to preventive treatment and a better understanding of predisposing factors.

Indeed, the pharmacologically prolonged erection is dependent on the dose and drug injected, the etiology of erectile failure, and neurological Psychogenic etiologies with the highest risk due to the anatomic integrity of the erectile tissue.

Thus the use of new drugs with less risk of WFI as papaverine (moxisylyte, PGE1), dose adjustment to the supposed aetiology of erectile dysfunction, the best selection and patient information and early treatment of any pharmacologically blocked erection have led to a marked decrease in the frequency of WFI: depending on the series, of 3 to 10% during the initial tests, 0.5 to 1% by self-injections.

Early treatment of any erection blocked after intracavernous injection before the 4th time is necessary to avoid the pharmacologically prolonged erection.

In case of ineffectiveness of these “small means” oral administration of a drug may be useful alphastimulante with precaution in patients with history of cardiovascular disease.

The most commonly used drug is etilefrine (2 cp to 5 mg). This decision must act in an hour, can optionally be repeated once but should not delay further treatment in case of failure. More recently a β2 agonist was proposed, its effectiveness remains controversial.

In practice, before the sixth hour, anoxic risks are minimal and these means can always be tempted. If unsuccessful, this erection is simply blocked but actually Priapic low speed and should be treated as such.

The puncture of the corpora cavernosa should always be done first because of its simplicity.

It helps support the assessment of PDS by the suction of black blood anticoagulated.

This puncture may be associated with a washing with saline. The evacuation of 50 to 100 mL of blood can yield detumescence.

In case of early recurrence, a second puncture may be done possibly contralateral. Compression for at least three minutes of the puncture, avoids the subcutaneous hematoma frequent but inconsequential.

If that fails, it is permissible to offer intracavernosal injection of a drug alphastimulante in order recontracter the cavernous smooth muscle. The first drugs used alphastimulantes (metaraminol, adrenaline) are no longer used because of their too powerful systemic effects related to their property associated betamimetic. Currently, the reference drug is etilefrine, alphastimulant pure. Nevertheless, we must monitor the pulse and blood pressure, especially in cases of coronary history or hypertension.

Ephedrine may also be used. In case of ischemic tissue suffering diagnosed on the gas analysis, this injection is controversial since it priori ineffective (recontraction impossibility of smooth muscle cells in acidosis).

In case of failure of these two methods, surgery is required. The goal is to create a cavernous cavernospongieuse anastomosis allowing the blood to drain. It can be distal percutaneous biopsy-gun for perforating at several places corpora cavernosa in transglandulaire (Winter technique).

After aspirating 150 cc, the glans is closed and the shunt is done in direct of the corpus cavernosum in the penis with a return along the rod by the spongy system.

Finally, there is a surgical technique proximal perineal incision and latérolatérale anastomosis between one of the two corpora cavernosa and spongiosum bulb (technique Quackels).

The perforation of the corpora cavernosa with true-cut to achieve the cavernospongieux shunt does not provide as good a shunt as those made by the techniques of Al Ghorab or Quackels. The forensic point of view, before the surgery, the patient is informed of the risks of impotence due to its priapism.

In parallel certain non-specific treatments can be used: the initiation of parenteral corticosteroid therapy, decreasing the cavernous edema may well limit the extent of tissue destruction and anoxic erectile sequelae. The etiological treatment should be undertaken as soon as possible, particularly in sickle cell disease, to prevent recurrence.

The treatment is less urgent because there is no hypoxia. The diagnosis is strongly suspected by the occurrence of prolonged erection after trauma or genital surgery revascularization for impotence by the clinic and the puncture. The presence of the arteriovenous fistula was confirmed by angiography.

Embolization of arteriovenous fistula is then proposed outright.

In case of failure of this technique it is possible to use a direct surgical approach to link the arteriovenous fistula.

Easy diagnosis, priapism is a urologic emergency that requires prompt attention in hospital. This priapism is most often at low speed and requires, in the first six hours using vasoconstrictor drugs (+ α), a paracentesis or possibly a penile refrigeration.

Acute priapism without diagnostic orientation
Clinical and blood gas analysis after intracavernous puncture usually allow differentiation of stasis priapism broadband priapism. The gas analysis is a forensic value acidosis.
Treatment should be done as soon as possible regardless of the etiology.
The goal of treatment is a return to the earliest possible fl accidité. 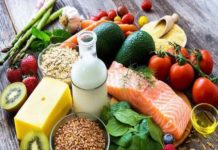