It is indispensable, to treat a headache, to know the cause. The etiologies of headaches are numerous, but any headache has a context: age, conditions of occurrence, symptoms and signs of accompaniment. It is this context that will lead to the diagnosis and will make it possible to recognize emergency situations.

Two diagnoses are to be considered.

Most often composed of arterial blood, he succeeds early to a skull fracture, after a short “free interval”: from 10 minutes to 3 hours, 6 hours at most. A headache is often the inaugural symptom, quickly followed by a disorder of consciousness or deficit signs, with or without anisocoria or mydriasis, sometimes vomiting, cardiovascular manifestations (LD, rhythm disorders). All these elements express a cerebral compression.

– The diagnosis will be confirmed by the scanner   without injection of contrast medium.

– Emergency neurosurgery for evacuation of the hematoma is the curative gesture.

Any traumatized skull must have good quality cranial images or directly a scanner.

All polytraumatized must have pictures of the skull.

Any fracture of the skull requires hospital surveillance, with scanner at the slightest doubt.

Any head trauma followed by a neurological, digestive or vegetative disorder in the minutes or hours following it must lead to suspicion of a HED.

It is made of blood of venous origin. It affects the mature adult and notoriously the older adult. There are two types:

– acute (or early) HSD:   the free interval is a few days. A headache is readily the initial symptom, accompanied by an ideological (sometimes transient) alteration, neurological, vegetative or digestive signs as for HED;

– chronic (or late) HSD   : two or three weeks, or even one or two months after the trauma, which is not necessarily a fracture, and can be totally forgotten by the patient.

The diagnosis is made by the scanner   not injected, leading to emergency evacuation of the hematoma.

There may be traumatic intracerebral hematoma; in general, the disturbance of consciousness is inaugural.

Headache without trauma or infectious condition:

They must evoke in the first place:

Linked in 60% of cases to the rupture of a cerebral arterial aneurysm, it is usually expressed by a very sudden headache, whose exact time can be specified:

– without meningeal stiffness at the very beginning: a stiff neck usually appears in the hours that follow.

Hospitalization is urgently needed, in a neurosurgical environment with the completion of a CT scan   in first intention and not PL.

Treatment will be based on arteriography data: embolization, clip, etc.

This table should be compared to the dissection of a supra aortic arterial trunk: ipsilateral craniofacial pains, Claude Bernard-Horner syndrome.

Headache in an infectious context:

They impose evoking meningitis or meningoencephalitis.

– The headache is here the major symptom.   It usually appears gradually. It is more or less intense. It affects the entire skull and is frequently accompanied by vomiting and photophobia;

This table imposes an emergency hospitalization for performing a lumbar puncture,   which will make it possible to know at first the proteororachie, the glycorachie (normally equal to half of the glycemia) and the cellularity (lymphocyte or polynuclear), then to look for the germs in question (direct examination, cultures).

Thus two tables can be distinguished:

They are due, in the adult:

– to meningococcus (treatment with amoxicillin or, better, C3G). A meningeal syndrome accompanied by a purpura is very evocative of the responsibility of this germ. Extensive, feverish purpura, even in the absence of headache and meningeal signs, is suggestive of meningococcal fulminan purpura   requiring an emergency call to the SAMU for immediate support;

For the internal guard: fig. 10, adapted from the “POPI” allows the diagnostic and therapeutic orientation.

The most typical and only viral MEA available for effective treatment is herpetic meningoencephalitis: it begins with headaches associated with high fever (39 ° C-41 ° C),   hallucinations, behavioral problems, even seizures. This table calls for emergency hospitalization for PL (elevation of interferon, positivity of CSV-PCR in CSF), EEG, MRI and treatment with aciclovir (Zovirax) IV.

There are other meningoencephalitis: listeriosis   for example, and when in doubt before an unclear table, it is initially legitimate to treat at the same time   like listeriosis and herpes.

Mumps, rubella, chickenpox, infectious mononucleosis, echovirus and coksackie virus infection   can give MEAs, which are benign. But measles, at its beginning stage, can determine (1 time in 2000) a serious MEA (10% mortality).

When returning from an exotic trip, one must think of arbovirosis, trypanosomiasis, viral haemorrhagic fever, tick-borne encephalitis … and, especially, severe malaria with plasmodium falciparum.   (In the latter case, the CSF is normal or slightly disturbed, the diagnosis will be made by blood smear and by the thick drop).

Unlike these acute tables, a progressive headache without meningeal signs but with neurological disorders, should lead to a subacute meningoencephalitis, first evoking a tuberculosis, secondly a Lyme disease, a brucellosis, a syphilis … even a cryptococcosis on a immunocompromised field.

There are also carcinomatous meningitis: CSF with atypical cellularity, cancer known or to look for.

Headache in a context of fire, explosion …

… or more often of defective heating, it must imperatively evoke an oxycarboned intoxication.   It is a violent headache, ± accompanied by vertigo, vomiting, major warning signs preceding muscular impotence that will prevent the subject from escaping the toxic environment. Assay HbCO; treatment with oxygen therapy.

They immediately make you think of acute glaucoma   by closing the iridocorneal angle: it is a unilateral, periocular pain, sometimes atrocious, which can radiate throughout the hemicranium and be accompanied by large misleading vomit. The eye is red (perkeractic circle), and hard “like a glass ball” at the pressure. There is a moderate mydriasis;the cornea is cloudy.

Hospitalization in an ophthalmic environment is essential, preceded by an IV injection of Diamox (and possibly the instillation of a drop of Pilocarpine   at 2%).

They systematically lead to a disease of Horton (gigantocellular temporal arteritis), especially if they are accompanied:

– a swelling of one or both temporal arteries;

– an alteration of the general condition with fever;

Biopsy of the temporal artery   allows diagnosis. Corticosteroid therapy must be undertaken urgently because of the ophthalmological risk (blindness).

At any age, they should cause suspicion of intracranial hypertension.   The headache can be isolated for a long time, before being accompanied by nausea and vomiting (which are all the more valuable that they occur in the morning or with the effort), disturbances of the vigilance, of an idiopathic slowing down of unilateral or bilateral VI paralysis; later a bradycardia, a neurological deficit.

The FO   and the GET   have little interest (and can waste time).

The scanner or MRI are imperative, looking for:

– a cerebral metastasis (single or multiple) cancer known or to be sought;

– an abscess (ENT or stomatological starting point, or in the context of a bacteremia or Osler);

Risk is commitment, the diagnosis must be as early as possible.

– the cervico-occipital malformation of Arnold-Chiari (the lower part of the cerebellum is below the occipital foramen, in the upper part of the spinal canal);

NON-URGENT SITUATIONS , WITHOUT CONCEPT OF GRAVITY:

She has every chance, whatever its periodicity, to be a migraine. It is a temporal headache, unilateral most often (hemicrania), with progressive onset, lasting from one hour to 72 hours, preferably affecting the young woman. A triggering factor is common.

It follows prodromes such as irritability or asthenia, is accompanied by nausea and vomiting, phonophotophobia, facial pallor, sometimes nasal catarrh or tearing.

It is more rare. The aura is most often a visual disorder: glistening scotoma or zigzag phosphene or “Vauban” fortifications, constituting an ophthalmic migraine, which may be followed by aphasia or contralateral paresis;homonymous hemianopia of the same name is possible. Such a picture is practically pathognomonic of migraine. A sensitive aura is much less common. The headache may be absent at the moment of the aura, succeeding after a variable duration (it may even be totally absent).

– basilar migraine: bilateral visual and sensory disorders, vertigo, ataxia, diplopia. While the only clinical description of migraine suffices, as a rule, to establish the diagnosis, it is here preferable to use an MRI, for prudence.

Ophthalmoplegic migraine: paralysis of one or more oculomotor nerves.

– Familial hemiplegic migraine, with hemiparesis and the involvement of at least one of the first degree relatives; its beginning dates back to childhood.

– The condition of migraine, lasting more than 72 hours, often related to an excessive intake of drugs based ergot rye.

It uses analgesics or an NSAID, if necessary to a specific medication derived from the ergot of rye: Diergospray, Caffeine Gynergene, Migwell, Dihydroergotamine injectable; the Triptans constitute a progress: Imigrane (sumatriptan), Naramig, Zomig.

It is indicated that in case of frequent crises: beta-blockers (Avlocardyl), Sanmigran, Sibelium, Nocertone, Laroxyl or even Désernil (to avoid the risk of retroperitoneal fibrosis, it is advisable to carry out periodic interruptions of this last drug).

Various headaches have a punctual context:

Headaches caused by a dural breach, after lumbar puncture or epidural infiltration, are particular in their postural nature. They usually last a few days, but sometimes persist for several weeks or months, leading to a “blood-patch” (epidural injection of 10 to 20 mL of autologous blood) that heals the disorder in 90% of cases.

– A headache can be one of the symptoms to discover an HTA.

– On a known or suspected cancer site, a headache can reveal brain or bone metastases, cranial.

– The subjective syndrome of traumatized cranial is made of headache, dizziness, memory and sleep disorders, persisting after several months, without precise organic substratum. It is mainly a psychotherapeutic care.

– The so-called “tension” headaches are linked to professional concerns, to an underlying depression.

They are permanent, interest all the skull and increase at the end of the day. Sustained psychotherapy improves them better than painkillers. It sometimes happens that the cephalgic patients “tense” show from their index a precise point of their skull where the pain sits: it is traditional to consider that it is almost never in these cases of an organic pathology.

However, we must be careful …

Headaches related to exertion or coitus,   can be prevented by ergotamine tartrate, a beta-blocker or indomethacin.Their abnormal persistence must lead to neuroradiological exploration.

– The headache “ice ax”   (icepick headache) is brief, acute and occupies the territory of the ophthalmic nerve. It is the prerogative of migraine sufferers. Indomethacin or Avlocardyl   can prevent it.

– Headache by abuse of analgesics   sometimes poses a difficult problem of addiction, in migraine patients or patients with tension headaches. The best treatment appears to be amitriptyline (Laroxyl, Elavil), orally   either as an infusion.

– Cervicarthrosis, especially after cervical trauma, is a cause of headache … but this diagnosis should not be too easy …

– Arnold’s neuralgia   interests the territory of the great occipital nerve.

– Post-herpetic neuralgia   of the territory of the ophthalmic branch of the V are often difficult treatment.

– The very strong headache that can accompany the rapid ingestion of an ice cream   or a sorbet is an anecdotal phenomenon. 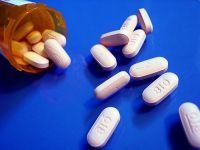 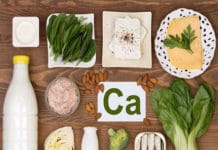