Alopecia is depletion or extinction of hair. Broadly, there are diffuse alopecia acquired or in plates, with normal scalp or not.

The causes of alopecia are numerous.

They correspond to different pathophysiological mechanisms (Box 1). The practitioner is directed in part on data interrogation and partly on clinical examination.

Diffuse alopecia acquired are seen on a normal scalp.

This is mainly telogen effluvium, alopecia of deficiency related to endocrine cause secondary syphilis, androgenetic alopecia and alopecia areata related to.

This is a significant drop in cheveuxaiguë or subacute, related to the conversion of hair follicles in the telogen phase (last phase of the hair cycle, follicles at rest).

The scalp is normal. The patient is reassured, the fall being followed by regrowth in the following two months.

The causes are many:

The telogen effluvium requires a particular psychological care, with explanations of the benign and reversible nature of the fall. Treatment with sulfur derivatives, and vitamins (e.g., Cystine B6), or iron is sometimes proposed.

The context of malnutrition, alcoholism, inflammatory colitis suggests the diagnosis. The deficiency causes are systematically sought in case of diffuse hair loss with normal scalp extending.

The treatment is to search multiple deficiencies and to supplement them.

Should be measured thyroid stimulating hormone (TSH) and look for thyroid antibodies.

Secondary syphilis does not, strictly speaking, diffuse alopecia, but rather a clearing in aspect to achieving temporal gulfs.

Androgenetic alopecia affects mainly men and is almost physiological. It often begins around the third decade in a man with a family history.

It begins with the temporal gulfs, the hair being replaced by the down. She then touches the vertex and the tonsure.The scalp is normal.

In women, it is rarer and slower and respects the frontal hairline.

Hirsutism is mentioned systematically in women, especially in front of a large androgenetic alopecia with acne, menstrual disorders and central obesity. A dosage of testosterone, adrenal androgens is performed (see below, Chapter hirsutism).

The treatment is done at the request of the patient. Treating functional impairment. The patient is informed of the suspension and randomness of therapy.

In both sexes, they can offer the local application of an antihypertensive, minoxidil preparation of 2 to 5%.Approximately 30% of patients are responders after three months of application.

In humans, is available inhibitor of 5-μ-reductase, finasteride (Propecia). In women, it can offer the combination of an antiandrogen cyproterone acetate (Androcur®) with oral contraception.

Alopecia occurs plates on a normal scalp in a subject in good condition.

In the periphery of the plates, there is very short hair (aspect pseudocomédons) or exclamation point. Alopecia can be generalized, making the appearance of alopecia areata totalis or affect all hair follicles (alopecia universalis). The nails are often abnormal with grésé appearance (microabrasions and longitudinal striations of the tablet).

The diagnosis is clinical. After a few months, regrowth can start with a white down to repigmentant gradually.

The patient is entrusted to the specialist. The treatment is based primarily on psychological, reassuring the patient about the transitory nature of alopecia. Topical treatment with minoxidil can be offered in localized forms, as well as local irritants (dioxyanthranol). A PUVA or systemic corticosteroids bolus can be offered in extended forms or treatment diphencyprone.

Moths are mostly the preserve of the child.

Unlike other causes, the scalp is wrong with alopecia, scaly patches.

Mycological examination is performed with direct examination and culture to identify the germ.

The family is considered, especially if anthrophile ringworm. The potentially contaminating animals entrusted to the vet and possibly treated.

Treatment is based on oral griseofulvin (20 mg / kg).

It is essentially trichotillomania, mainly in children, in whom it is usually benign.

There are broken hair short plates on a normal scalp.

Treatment is based on a psychological treatment (with the family to the child).

The scalp is unusual here. The inflammatory process has led to the destruction of hair follicles, resulting in permanent alopecia on the affected areas. This is especially pseudopelades associated with inflammatory dermatoses.

Scarring alopecia small areas, such as in the snow, correspond to idiopathic pseudopelade.

The patient is assigned to a specialist to perform a skin biopsy of the affected area and direct immunofluorescence on recent areas.

Treatment is necessary, depending on the cause, in stages (antimalarials, corticosteroids six weeks). 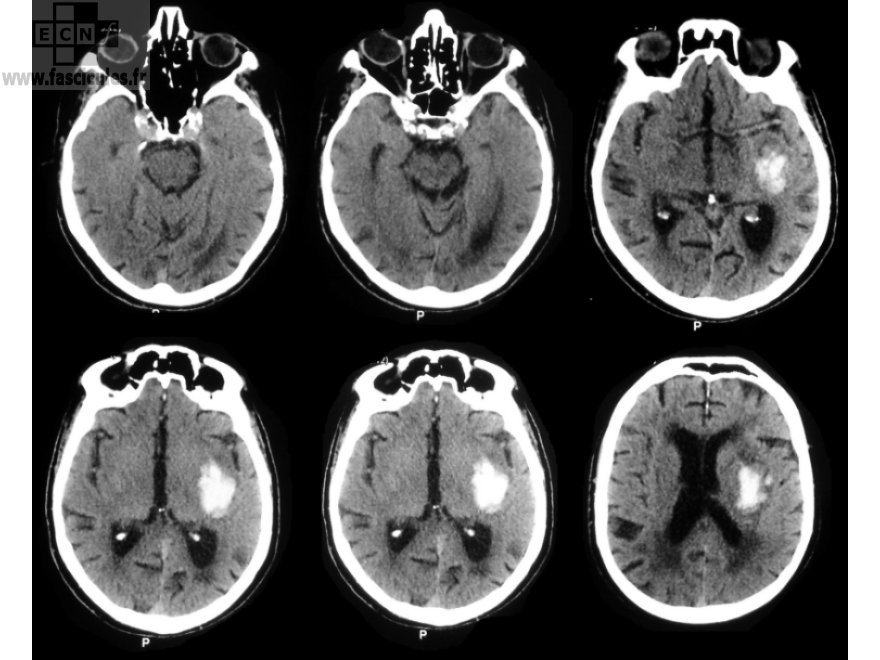