Australian researchers are currently developing a blood test that would determine whether a person is suicidal. The method would be based on the measurement of the concentration of a particular neurotransmitter, quinolinic acid.

And if it was possible from a single drop of blood to find out if a person is suicidal or not? In January, Swedish researchers published a study suggesting that suicidal tendencies may be related to the presence of inflammation in the brain. Now, although slight, this particular lead to excessive production of a particular organic compound called quinolinic acid. Neurotoxic molecule already involved in the degenerative processes of the brain such as Alzheimer’s disease.

According to the study published in the journal Neuropsychopharmacology, suicidal people have thus showed significantly higher levels of this substance than those who are not. By supporting the authors of the study, Australian scientists from the University of New South Wales have decided to go further. Parties of this discovery, today they plan to develop a blood test that would be able to measure the levels of quinolinic acid and therefore to determine whether a person is suicidal or not.

“We now know the mechanism involved and the molecule, so we have to find a simple way to test it,” said Professor Gilles Guillemin, involved in the project. The test could be used as a diagnostic tool for doctors who want to assess the mental state of a depressed person. “We think it will take about 12 months to develop a test that could give doctors the results in 24 to 48 hours,” said the scientist at the Australian Associated Press.

Over the detected level of quinolinic acid would be higher and more the person is likely to end his days. However, as highlighted by the experts, the blood test is not sufficient to make a diagnosis. Rather, it would serve to complement suspicions or observations already made. But know that a person is suicidal is not the same as achieving prevent the worst.

“Prediction of suicide is difficult. A blood test would be interesting but probably not very useful in terms of specific indicator because there are so many factors that influence suicidal behavior, “said Bob Goldney, Professor of Psychiatry at the University of Adelaide, but recognized be excited about the creation of such a test.

Moreover, this test may not be used to detect suicidal people. It could also allow work on depression and other mental disorders to learn more about the chemical mechanisms involved and in particular the role of quinolinic acid. 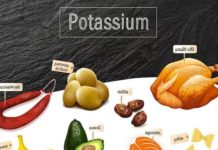