Four types of hymenoptera are concerned:

– bees: live in colony. Their sting is in the shape of a harpoon and stays in the skin, equipped with its venom gland. The release of pheromones, during the bite, can attract a whole swarm, hence the possibility of hundreds or thousands of bites;

– wasps: bite like bees when disturbed. They have a smooth dart that does not stay in the skin. Multiple stings are much rarer (except near a colony);

– the hornets have a smooth stinger and are not aggressive;

– sting of the oropharynx = danger of obstructive edema;

Systemic reactions   are to be feared:

– The vital risk is not the cause for generalized urticaria, cutaneous angioedema, but they may be the prelude to more serious events.

– The vital risk is real for:

• anaphylactic shock +++ which causes intense vasodilation. It is often reported by malaise, palmoplantar pruritus, diffuse sensation of heat, abdominal pain, diarrhea. It can be of rapid or delayed appearance.

Each of these stages must provoke urgent treatment.

– In case of multiple stings, the picture is serious from the outset: generalized edema, digestive disorders, shock, convulsions by cerebral edema, multi-organ failure and CIVD.

– The insect is identified, if it is a bee, it must remove the sting with a firm and flat object (cardboard, plastic, credit card edge).

– The venom is thermolabile (50-60 ° C):   maintain a source of heat near the puncture site, without causing burns, for 10 minutes (incandescent cigarette, hair dryer, Tetrapik® device).

– If the reaction is only local: apply an alcoholic dressing; an analgesic, an antihistamine can be useful.

– Anaphylactic shock: adrenaline +++ (in adults, IV: 0.1 mg to be repeated if necessary, if not subcutaneous: 0.25 mg, repeat 10 to 15 minutes later); vascular filling +++; oxygen; sometimes intubation and ventilation are necessary.Antihistamines and Corticosteroids IV. Hospital supervision is necessary.

– Massive envenomation by multiple stings is a resuscitation service and may require hemodialysis, plasmapheresis.

The only preventive treatment, very random, lies in prudent behavior: do not picnic near many wasps, watch his drink before drinking … In case of attack by a swarm, cover his face and chest, run quickly to a distance of 500 meters, dive into a watercourse if possible … For a subject with a history of anaphylaxis related to Hymenoptera, it is essential to have at hand a ready-to-use syringe of adrenaline: Anakit or Anahelp .

Subsequently: any subject who has been the victim of a severe systemic reaction must contact an allergist for skin tests and RAST (radioallergosorbent test), specific IgE assay. The positivity of these tests can lead to careful desensitization.

There are other envenomations:

– by the processionary caterpillars;

It gives rise to a generally benign pathology.

It may concern the summer population of the French coast. In the vast majority of cases, it is the beach rescue stations that are solicited rather than the doctors, except for very rare severe incidents.

The main danger is not envenomation, but possible syncopal pain, which can lead to drowning.

All the following animals have venom:

– the sea anemone or actinium: its contact causes a pain like electric shock, then a burn that can persist for several hours. A papule or blister appears. There

– jellyfish: same effects. A papular eruption can take the form of a tentacle. The general signs are exceptional. The impact zone (with seawater and not fresh water) should be rinsed, sand applied, and then, after a while, gently scraped to remove stinging cells.

A local corticosteroid and an analgesic per os are enough. The presence of general signs implies a hospitalization of caution;

• vivid: thermolabile venom that inflicts severe, sometimes syncopal pain. The small wound is erythematous and oedematous. Treatment consists of bringing a source of heat (cigarette or hot water> 50 ° C) to the wound for 10 minutes, applying an antiseptic, looking for and removing debris from the venomous spines. In the event of a facial or perineal injury, a hospital opinion may be necessary. An NSAID is useful for a wound near a joint;

• rays wounded by barbed wire. Same symptoms and same conduct to hold as for the bright ones. The wound is sometimes more deleterious;

• scorpionfish also have a thermolabile venom. Same symptoms and even driving.

There are no general signs.

They have stinging hairs connected to venom glands. Their contact causes pruritus, erythema, even edema, the latter especially in the mucous membranes and eyes. The treatment consists of a thorough rinsing (eyes +++) and the administration of an antihistamine, or even a corticosteroid in case of edema.

To complete the inventory:

We must also mention two kinds of animals.

– The scorpions of Europe: they are at the origin of pains sometimes accompanied by sweats, very rarely of general signs. For the bite of black scorpions, analgesic treatment is sufficient. For yellow scorpions, a hospitalization is preferable if it is a child or multiple stings.

– The spiders of France all have a venom, but are for the majority of small size, thus having little venom. In addition, their bites are rare (they are very fearful). 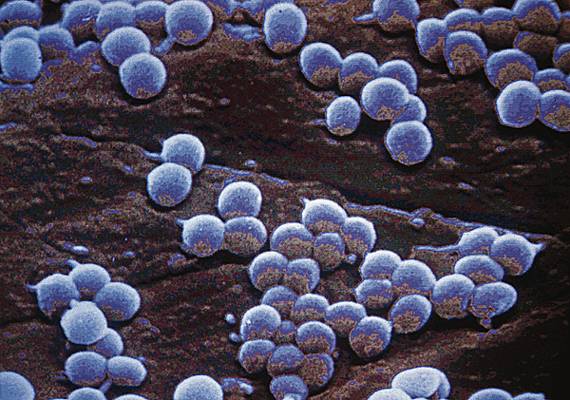