It is difficult to quantify precisely the complaint, but, for example, 25% of the Japanese population over 30 years old and 43% of Americans over 60 complain of the disorder. In addition, 50% of Americans use products refreshing breath.

This inconvenience is resented by patients who have a sense of shame, and who view little or reluctantly.

Gradually, they will develop quirks, like, for example, to hide the mouth when they speak too close to their partners, or when they breathe hard. They will overeat sprays, chewing gums and other refreshing sweets.

There are two different situations:

– The person who thinks he has bad breath, this may correspond to a psychiatric or neurological disease;

– The true halitosis it is perceived by the subject himself or his entourage. Indeed, it is difficult to feel his own breath because smell has a great capacity for adaptation.

The mouth is a complex cavity where there may be a number of conditions, but it is also a hub for gas removal aerodigestive tract.

This explains the multiple causes of halitosis of oral origin, ENT, gastrointestinal, pulmonary and sometimes medication.

There is a test that differentiates oral or general origin:

– At first the patient is asked to breathe through the nostrils keeping the mouth closed; if he feels the odor it is a general cause;

– Secondly, the patient remains snorkeling, closed mouth, nose pinched for a few seconds and then opens his mouth without breathing. If odor appears, it is a local question.

This test is simple to perform, but reliability was not assessed accurately.

Present in at least 70% of cases. There in the mouth rarely pathogenic polymorphic flora, which degrades food debris or attacks an inflammatory mucosa and thus produces volatile sulfur compounds responsible for bad odor.

We must therefore look for any damage due to gingivitis, periodontitis, caries, tartar or dental restorations of poor quality, but also lesions of the oral mucosa such qu’aphtes, ulcers, cancer or deep crypts of the tongue .

Some foods absorbed by the digestive tract produce volatile substances released by the respiratory route and therefore found in the breath:

– Caffeine: in some people, it promotes poor digestion;

– Language “charged” in the morning: it can promote halitosis;

– Tobacco: nicotine in smokers may be the cause of bad breath, combined with that of the dry mucous membranes caused by the heat of combustion of tobacco smoke.

It is then necessary to:

– If there is a risk land, a cancer of the upper airway.

– In case of diabetes, hyperglycemia and acidosis that emit volatile ketones;

– Esophageal diverticula three varieties according to their location: pharyngo-esophageal diverticula Zenker (70%), or the médiothoraciques parabronchial (10%) and épiphréniques diverticula (20%). Associated with halitosis include dysphagia, regurgitation of food during or after meals, sometimes pulmonary manifestations.

Halitosis is due to the fermentation of food debris found in diverticular pocket. If this diagnosis is suspected, it is confirmed by the esophagogastric transit more efficient than endoscopy;

– Helicobacter pylori: Some work would show a high frequency of halitosis in case of infection with this bacterium.Eradication leads to the disappearance of symptoms in a large percentage of cases. This is probably explained by the fact that H. pylori secretes urease that turns into ammonia absorbed and exhaled through the lungs. Moreover using this property in the 13 C breath test that detects contamination H. pylori.

– Halitosis is stomatology of origin in 70% of cases, refer the patient to the dentist or oral surgeon for examination and treatment of any injuries;

– If there is a doubt on an inconspicuous ENT injury to a clinical examination, referral to the otolaryngologist for further consideration and appropriate treatment; do a little investigation of dietary habits and give dietary advice;

– Encourage stopping smoking; in case of bronchiectasis or lung abscess, take the advice of a lung;

– Treat all refl ux gastroesophageal they are accompanied by esophagitis or not, by a combination of inhibitor of proton pump and digestive motility regulator;

– In gastritis, in case of the presence of Helicobacter pylori, add an antibiotic combination therapy for 7 days with amoxicillin 2 g / day, combined with 1 g / d of clarithromycin (or 1 g / day of metronidazole if allergy or failure of treatment);

– Diverticula are surgical; it is delicate and should be done by trained practitioners, whether digestive surgeons or ENT;

– Seek to balance a possible diabetes and to support liver or kidney failure;

There are many on the drugstore market breath fresheners that come in various forms:

– Compressed as Alipuro®, swallowing after meals containing oil and parsley;

– Aroma leaves to stick on the palate. 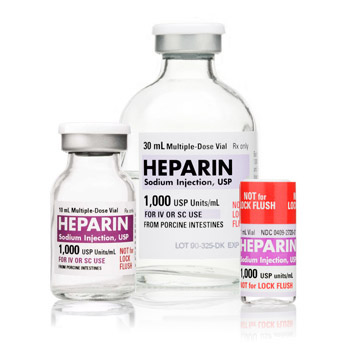