According to Professor Philippe Even, drugs against cholesterol would be useless. It considers that “a high cholesterol is not the cause of myocardial infarction and stroke.”

Five months after he published a book on drugs in collaboration with Professor Bernard Debré, Professor Philippe Even returned to the charge by publishing another book in which he explains that drugs against cholesterol are useless. According to him, “a high cholesterol is not the cause of myocardial infarction and stroke.”

He thus insists on the truth about cholesterol which will be released on February 21: “There is no example in the history of medicine yesterday and today, from a scientific and ethical skidding and comparable a cascade of deception as morally offensive. “ For pulmonologist, cholesterol could be nothing short of a fantasy enemy against which millions of people are fighting for nothing for years. “The cholesterol is safe,” he says again and statins supposed to fight against it would be unnecessarily prescribed in 90% of cases.

A global market of $ 25 billion per year

He asserts that statins “did not alter the incidence of cardiovascular disease.” Not surprisingly, these statements are enough to make gnash teeth pharmaceutical companies who sell 2 billion euros of statins in France, making these products their main source of income in the world ($ 25 billion per year). With the 5 million French people under treatment (200 million worldwide) that $ 2 billion represents a quarter of the health insurance deficit, according to Professor Even.

Especially as statins, in principle intended to lower cholesterol levels in heart history in particular, are currently prescribed as a precaution. Faced with this new attack, the High Authority for Health (HAS) immediately responded by dismissing the charges of lung and asking patients to “not stop treatment without discussing it with their doctor.”

Cited By Point.fr, it nevertheless admitted that statins were not always prescribed and were improperly prescribed for people with high cholesterol but having no other cardiovascular risk factor .

“Statins have a place in the treatment of some patients because they are associated with a decrease in mortality of about 10% and the risk of the occurrence of cardiovascular events,” said the HAS which is based on a meta-analysis from 2010 and having covered 91 international studies involving 170,000 patients. Even the teacher is however not the only one to say loud and clear that statins have little interest in the context of an imaginary disease.

Michel cardiologist Lorgeril, CNRS researcher, claims also for almost 15 years that cholesterol “is not a disease,” but “an invention” of pharmaceutical companies. In all, 98 independent international researchers came together in 2002 in the THINCS (the International Network of Cholesterol Skeptics) challenging the benefits of statins, particularly on patients with no history of heart disease. 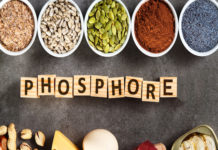 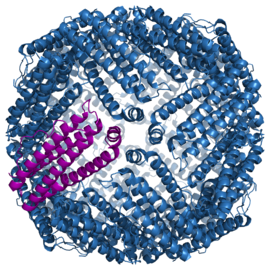