On Tuesday, the pharmaceutical group Novartis announced that its Bexsero vaccine indicated for the prevention of meningitis B had just obtained the approval of the European Union. Advanced viewed as a major medical progress against this disease that can cause death and serious sequelae.

Each year worldwide, more than one million people are affected by meningitis. This disease affecting the brain is caused by meningococcus that causes inflammation of the membranes surrounding the brain, meninges. Mainly affecting infants and young children, it is difficult to diagnose and proves fatal if not treated quickly. Even with treatment, it can lead to serious complications and serious sequelae.

Hence the importance of the announcement made Tuesday by the pharmaceutical company Novartis’s vaccine against meningitis B, the Bexsero just received the green light from the European Union. There are many types of bacterial meningitis, but the most common in Europe is B. Now, if there is already a vaccine against types A and type B it had not yet. “This vaccine against meningococcus B is the largest medical progress made since my son was swept away by the disease, there 30 years,” said Steve Dayman and founder of Meningitis UK, said in the statement of Novartis.“It could save thousands of lives.”

The vaccine was approved based on the results of three studies that have demonstrated significant potential in providing broad coverage against meningococcal serogroup B infections (MenB). “Bexsero generates a strong immune response when administered alone or with other conventional vaccines. It causes a protective immune response when used as a booster in children who have already been vaccinated or after two doses in those who have not yet, “said the Swiss pharmaceutical group.

A vaccine soon be included in the vaccination program?

Following the approval of the EU, Novartis is committed to that Bexsero be available as quickly as possible. But a few steps remain to be taken after the decision of the European Union. It is now the turn of the EU Member States to consider the vaccine and whether or not they want to have the vaccine into national immunization programs.

In France, the High Council of Public Health who will make that decision. Then comes the High Authority for Health (HAS) who will discuss of a possible reimbursement system. “Novartis is already cooperating with the authorities wanting fast implementation of this vaccine,” said the pharmaceutical group. 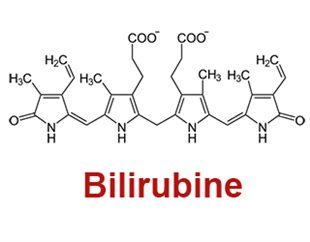