The statues of the Emperor Hadrian, heart failure death (dropsy as old manuscripts), represent the ear lobe crossed by an oblique notch, and it is perhaps the first description between discrete acquired abnormality of the ear and the occurrence of ischemic heart disease.

This relationship was again raised by Robert A. Dickinson in 1958 and demonstrated by WJ Elliot and T. Karinson in 1991 from a series of 100 patients. A year later, a Brazilian team Sao Paulo confirmed this relationship by examining nearly 1 500 patients divided into two groups: group I was free of coronary heart disease, the group II had coronary artery disease confirmed by coronary angiography. An oblique fold browsing at least one third of the ear lobe was found in 28% of patients in group I and 65% of coronary group II (p <0.0001);the relationship between the notch of the earlobe and the presence of coronary artery disease is valid in all age groups up to 70 years.

We must be particularly vigilant in a patient consultant for atypical chest pain and with this discreet dysmorphia. 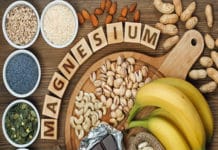