The formation of a red ear can be a reason for consultation very ordinary or instead be a key diagnostic feature in some systemic diseases. This is why it is important not to neglect this symptom.

The headquarters of the redness and uni- or bilateral are essential elements of diagnostic orientation.

It is commonplace to see redness in both ears during a flush (flushing of the face), but sometimes it is the revelation flush pattern rare neuroendocrine disorders (see section flushes). Redness of the ears can also accompany hot flashes of menopause. It is less common as redness of the ears (and sometimes the nose) accompanying Raynaud’s phenomenon of the hands and / or feet.

A painful nodule of the free edge of the helix law first evoke a gouty tophus, especially if there are joint of the big toe breakthrough pain or knee or renal colic attacks.The dosage of serum uric acid and in difficult cases, the removal of tophus with a lancet to search for uric acid crystals make the diagnosis.

In the absence of gout, it evokes the painful nodule flag (Chondrodermatitis Nodularis helicis) hyperalgic small nodule usually sitting at the top of the helix, sometimes centered by a small depression covered with a washer, When the nodule is painful night, it may be necessary to effect its removal.

It may correspond to a banal eczema, or more rarely with psoriasis; in this case the finding of lesions of the scalp, elbows or knees, the cleft is an important diagnostic argument. Especially it is important not to disregard connective particularly systemic lupus erythematosus (cf. polyarthralgias diagnostic criteria for lupus).

Do not forget that every seemingly trivial injury pinna may actually correspond to a basal cell carcinoma that must quickly carry out the removal before the extension of the lesions requires greater dilapidations.

This is the acute chrondrite the pinna, realizing purplish swelling, united or bilateral painful spontaneously or at the slightest touch. Capital argument, the lobule of the ear (not cartilage) is satisfied. The existence of other chondrites (nose, costal cartilages, or more rarely in the trachea and sometimes association with episcleritis confirm the diagnosis and guide to two main causes: chronic relapsing polychondritis and Wegener’s granulomatosis.

Chronic polychondritis is a rare systemic disease whose severity lies in the achievement of the tracheobronchial tree (respiratory dyspnea, repeated chest infections) and the possibility of damage to the arch of the aorta (aortic insufficiency, aneurysms with risk of breakage).

FLUSH FOR DISTRIBUTION AND PERMANENT:

The whole ear, including the lobule is swollen and very painful.

If the onset is sudden with high fever and purulent discharge from the ear canal, we must mention in the first place malignant otitis externa. Most of the time it occurs in an unbalanced diabetes and it is due to Pseudomonas(Pseudomonas aeruginosa). The scanner of the mastoid and the rock and bone scan can detect and assess the extent of bone involvement. The treatment is urgent and is based on intravenous antibiotics directed against Pseudomonas aeruginosa (ticarcillin, Imipeneme®, Fortum®).

If evolution is chronic, the less painful ear, and the search for negative bacterium, think to localized leishmaniasis in pinna, so seek a living in endemic areas. Treatment is difficult and relies in particular on Glucantime®. 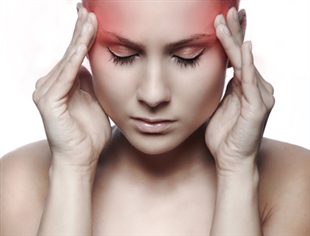