A clinical trial is launched at European level to test this innovative technique to replace the bone graft.

Bone is the most frequently transplanted tissue in humans. According to Inserm, over a million bone grafts there are in Europe every year. This surgery involves removing a piece, usually the hip to heal a given pathology (open fracture with bone loss, degradation of the femoral head, preparing a delicate jaw before dental surgery). This heavy operation, however, often leads to undesirable side effects at the sampling site infections, edema, pain.

For several years, the idea of ​​using stem cells associated with a synthetic bone substitute its way. A European phase II trial has just received approval from the French Drug Agency and its German equivalent. The goal is to treat thirty patients in France, Germany, Spain and Italy, with open fractures “complicated” with bone loss. These are usually injury from road accidents or heavy falls (especially in the construction sector). They number between 5,000 and 10,000 each year in France.

An essay on osteonecrosis launched in late 2013

“We will collect stem cells in the bone marrow of the patient’s hip, the culturing for three weeks, and then reimplant them millions of cells so produced with a ceramic matrix of calcium phosphate at the place where the person lost bone material, “says Le Figaro Pierre LAYROLLE, research director at Inserm and coordinator of the project called” Reborne “. “The goal is to demonstrate that this method is at least equivalent to standard treatments without their drawbacks.”

Similar tests were conducted successfully in the United States, South Korea, Japan or Australia. “We have set up a few innovations in processes and logistics that must allow to democratize technology,” says Pierre LAYROLLE, working in close partnership with the French Blood. A second test on osteonecrosis, deterioration of bone tissue often related to age or occurring after immunosuppressive treatment is to be launched in late 2013.

Each of these campaigns should last about two years.

If the results are good, it will still launch a Phase III trial to ensure that the new treatment is far superior to existing methods. “However, this requires a college largest patients, at least 150 people, in order to make serious statistics,” says Pierre LAYROLLE who is confident about the future of the project. 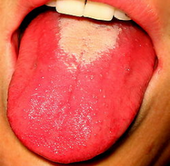 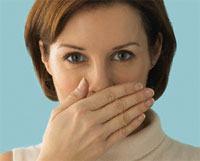