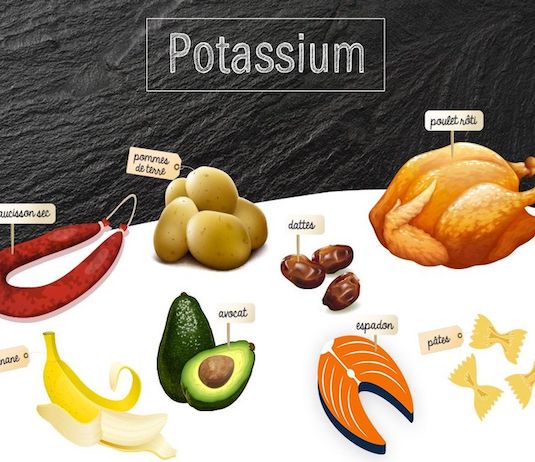 The mineral richness of the plants that we consume depends primarily on the soil’s content of these minerals. However, the mineral content of soils varies considerably depending on the qualities of the underlying rock.

Too much water can leach soils and deplete them of minerals. The pH, organic matter and microbial life of the soil also cause significant variations in the availability of minerals to plants.

Finally, the genetic qualities of plants influence their ability to concentrate minerals.

Refining then removes most of the minerals from the grains. More than 80% of the magnesium is thus lost.

The preservation and heat treatment of cereals [14] as well as plastic packaging can make zinc unavailable.

Storage in a liquid medium and cooking vegetables in water still entail a substantial loss of minerals by passage through the storage or cooking liquid.

Depending on the species, plants can contain considerably different amounts of vitamins.

For example, one species of potato may contain 30 mg of vitamin C per 100 g, another 8 mg.

The use of herbicides and pesticides often causes a decrease in the content of plants in vitamins: for example, several agents reduce the content of tomatoes, beans, peas, spinach, red cabbage in vitamin C and many others the content of carrots in carotene [18]. Propionic acid used as a fungicide in cereals can destroy up to 90% of vitamin E.

Additives and pollutants also help reduce the content of micronutrients in foods, such as sulphites, widely used as an anti-darkening agent, which destroys B vitamins, or nitrates, which destroy vitamin C.

A golden apple which contains 10 mg of vitamin C per 100 g at harvest, even stored at low temperature (3 °), does not contain any more after 11 weeks than 5 mg.

At room temperature, spinach loses 29% of its vitamin C in a day, at low temperature 35% in a week.

Canned, frozen or dehydrated fruits and vegetables must first undergo blanching which destroys up to 95% of vitamin C, 60% of vitamin B1 and 40% of vitamins B2, PP and B9 [23].

These canned or frozen foods, after continuing to undergo degradation of vitamins linked to the duration of storage, are then reheated or cooked. Regardless of the cooking method, in water, under pressure, in the oven, steam or microwave, the additional losses lead to roughly the same result: levels collapsed, sometimes zero in most. vitamins.

The products of the IV th range, salads and raw vegetables sold in ready-to-eat sachets, as well as the products of the V th range, precooked products with a limited shelf life, also undergo vitamin degradation. However, if their ease of use leads to more frequent consumption, they can contribute to a larger overall intake.

The quality of the packaging also plays a role in the preservation of vitamins. Squeezed fruits and fruit juices in non-opaque packaging suffer losses of beta-carotene, vitamins B1, B2, B9, B12, C and E by the action of light.

Even when squeezed at home, fruit juice must be consumed immediately, otherwise there will be a rapid reduction in vitamin content under the action of air and light.

Two minutes of cooking destroy about 80% of vitamin B9 in vegetables.

The simple fact of crushing the potatoes to mash them results in a loss of 39% of vitamin C. After half an hour of steaming, only 37% remain, after an hour 5%.

INRA recently reassessed vitamin C intakes as they appear in food surveys, from composition tables, and as they actually are, once vitamin C is chemically assayed in food. You have to reduce the results by two to four times to arrive at the real numbers.

A study carried out in an English hospital found in the kitchen 20.5 mg of vitamin C per 100 g in peas when they came out of the freezer. 8.1 mg once cooked, 3.7 mg on the heating wheel, 1.1 mg on the patient’s plate.

Eddy, in the United States, estimates the overall daily intake of vitamin C in hospitals with less than 100 beds at 37.5 mg, at 22 mg if they have 100 to 300 beds, at 18 mg if they have more than 300 beds. The more beds a hospital has, the longer the corridors are and the longer the dishes stay on the heated trolley.

Today, with the generalization of the factory preparation of dishes for hospitals, schools, company restaurants and other communities, they have to undergo on average for 48 hours the hot chain. vitamins, are simply catastrophic. The cold chain, which ends with food heating, would be even more harmful.

Cooking meat leads to a loss, for example for vitamin B1, of 15% for cooking in the oven, 28% in the microwave oven, 39% in water. Vitamin B3, which is much more heat-stable, is however also lost in a significant proportion, since up to 50% of this vitamin can pass into the exudate during cooking.

However, it is not recommended to consume this exudate which is particularly rich in highly mutagenic heterocyclic amines.

More than 80% of the food consumed by the French (Belgians and inhabitants of developed countries, now also wealthy city dwellers in developing countries) goes through treatments in factories and factories: pasteurization, sterilization, spray drying, skimming, ionization, cooking-extrusion, washing, peeling, refining and other treatments which all lead to reductions in vitamin contents to which will then be added those resulting from storage, certain additives, unfavorable pHs, the activity of water, air oxidation catalyzed by certain minerals such as iron and copper, exposure to light and especially cooking.

These processes and the additives and sweeteners added lead to so – called “hyper-processed” foods , both rich in rapid sugars, saturated fats, inflammatory trans or omega 6, salt and poor in vitamins and minerals. Their consumption is associated with an increased risk of overweight, diabetes and cardiovascular disease.

In 2017, the NutnNet Health Study observed that for every 10% increase in the share of these hyper-processed foods in the diet, the frequency of cancers increases by 12%.

Moreover, all of these treatments not only produce a depletion of food in minerals and vitamins, but alter the nutritional quality of the polyunsaturated fatty acids which oxidize, and of certain amino acids which condense with sugars (reaction of Maillard), which pyrolyze or transform into poly-aromatic hydrocarbons and heterocyclic amines.

Among these degradation products obtained by storage, cooking and other treatments, are many and powerful agents capable of reducing the bioavailability of micronutrients, producing glucose intolerance, inflammation, atherosclerotic lesions, mutations genetic and initiate cancers

Are all recent developments negative? Certainly not. The progress of agriculture today protects industrialized societies against famine, which was not the case until recently and still is not the case in developing countries. They also allow a much greater variety in the menus. In addition, the accessibility to a growing number of exotic products rich in certain vitamins such as kiwi, mango, papaya, contributes to a better vitamin status in those who consume them regularly.

Although industrial breeding techniques lead to a decrease in the nutritional quality of meats, selections have made it possible to significantly reduce their average saturated fat content.Likewise, if these breeding techniques have led to a significant weakening of the defenses antiinfectives for animals – which requires the massive use of antibiotics – bacteriological controls are much more efficient

The old preservation methods were very limited, and the desalting by soaking and rinsing which followed the salting caused a very important loss of vitamins. Deep-freezing is much more advantageous in terms of storage and macronutrients: proteins, fats, carbohydrates, and micronutrients, in particular vitamins.

The most important progress that remains to be made is probably in the field of cooking methods. Already the microwave oven, if it destroys vitamins as much as other cooking methods, results in the formation of much less carcinogenic substances than the traditional oven.

The reduction in cooking times, promoted by the nouvelle cuisine, also results in a reduction in vitamin losses and the formation of nutrient degradation products.

But one of the most important changes in eating habits in recent decades has been the decrease in the amount of calories consumed.

The same trend has been observed in other countries, such as Great Britain, where the average ration fell by around 25% between 1970 and 1985.

In 100 years, there has been a reduction of almost half in the number of calories ingested each day.

This spontaneous reduction in energy consumption is explained mainly by changes in lifestyle. The reduction in working time, the mechanization of many operations, the generalization of means of transport and elevators, the development of household electrical equipment, the installation of running water, improvements in the field of heating and electricity. clothing resulted in very substantial savings in energy costs.

However, micronutrients, vitamins and minerals are provided at the same time as energy macronutrients: proteins, carbohydrates, lipids.

Reducing overall calorie intake results in reduced micronutrient intake. However, the two phenomena are not strictly parallel, because foods contain more or less micronutrients for the same amount of calories. 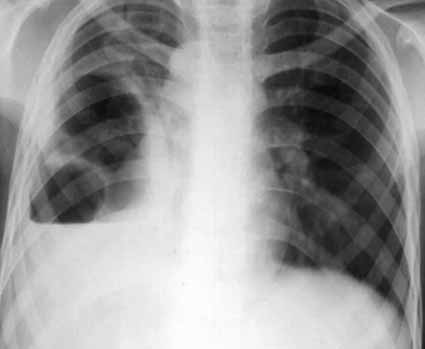