The animal bites are common and are due to a cat or dog in 90% of cases.

Microorganisms are varied (Table I):

– Bacteria from the oral cavity of the animal, or telluric (tetanus);

Infection is plurimicrobienne in more than half of the cases.

The scratching by an animal possibly leads to contamination either by an identical germ, because of licking of the paw by the animal, or by a land-based germ.

Rarely, damage is systemic, especially in immunocompromised, with risk of sometimes lethal complications.

The diagnosis is usually obvious, based on the examination and the trace of the bite or scratch.

A number of points are important to specify:

– Circumstances of the bite:

– Location: in France or abroad,

– Animal known or not,

– Normal or not the animal behavior;

– Extent of the bite;

– Seat of the bite: attention to risk areas on the face, eyes tendons and joints;

The practitioner must practice under the urgency a number of actions, detailed in four stages.

Immediate actions have interest to reduce the risk of infection and prevent tetanus and rabies:

– Wash the wound with soap and water or hydrogen peroxide;

– Exploration with gloves and sterile equipment in search of a foreign body removal of any dead tissue, research tendon injuries (hands);

– In case of lesions located next to the tendons (hands), it is better, having performed these first gestures (eg cover the wound with a tulle with Betadine), refer the patient to the emergency room specialist opinion to explore tendons. The suture is against-indicated for wounds views after 24 hours, deep or injected. It must then refer the patient to a surgeon.

The antibiotic prophylaxis is indicated for wound observed after the 6th time as dirty and decaying, compared bone or tendon structures, or in case of risk land (especially immunosuppression, splenectomy, alcoholism).

It must have a broad spectrum, covering the most common germs (eg pasteurellosis, staphylococci, streptococci, anaerobic).

For example, one can propose the following diagram: Augmentin® 3 g / day or doxycycline 200 mg once if allergic, for 3 to 7 days.

The question must be systematically included (forensic problem). What to do depends on the condition of previous vaccination and the nature of the wound (Table II).

Assessment of the rabies risk:

The assessment must also be made at the first consultation of the bite.

The management is detailed in the section on rabies.

Diagnosis is made on the nature of the biting animal, the appearance of symptoms and limit damage from the bite and clinical signs.

Schematically, the time to onset of lesions from the bite can guide the physician.

Pathologies according to the onset of symptoms following the bite time:

This speed immediately brings to mind a pasteurellose.

This is an infection caused by a germ of the family of Pasteurella, usually Pasteurella multicoda and, rarely,Pasteurella canis.

The diagnosis is made by the clinic first and then local bacteriological samples.

The clinic is evocative with onset in the hours following the bite of an inflammatory and painful swelling in the territory of the bite, with serous or purulent discharge.

Fever and asthenia are absent or moderate. General septic complications are exceptional and the prerogative of the immunocompromised.

Local complications, preferentially occur in the absence of treatment, are more common:

– Adénite including tragus (with conjunctivitis in case of ocular inoculation);

– Tenosynovitis, especially on the hands.

In addition to detailed local care above, several antibiotic treatments are available for 8 to 10 days:

Late, there is a risk of secondary dystrophy. This is an occupational disease.

This delay is suspect plurimicrobienne infection, especially if the bite is decaying.

The main bacteria potentially involved are:

Again, local and locoregional complications (especially abscesses, cellulitis, necrosis, lymphadenitis, arthritis) are more common than the septic complications, which are still the preserve of the immunocompromised.

In addition to local care, antibiotic treatment should cover staph. We propose :

This delay suggests a tularemia due to Francisella tularensis. The infection is often caused by an animal bite, but usually by handling infected game. The infection usually affects logically hunters.

One week after the operation, quickly appears at the contact point a painful ulceration, sometimes oozing.Lymphadenopathy locoregional inflammatory and fever are present, with flu-like symptoms.

Diagnosis is the time to onset of symptoms compared to infecting touch on bacteriological samples from the wound, serology, possibly on the puncture of the lymph nodes, and blood cultures if the patient is hospitalized.

In addition to local care can be offered antibiotics by:

This is an occupational disease and reportable.

Swine erysipelas is caused by Erysipelothrix rhusiopathiae and realizes the clinical picture of érysipéloïde.

It is due to bone handling pork or fish, usually in a professional context (abattoir workers, fishermen, veterinarians, butchers). Incubation is for 12 to 48 hours.

Clinically, there is a lesion like erysipelas at the inoculation point, centrifugal expansion. The fever is not very high.There may be a satellite lymphadenopathy.

Treatment is a single dose of Extencilline® (UI 1.2 million) or macrolides or doxycycline for five days.

This is an occupational disease.

Coal (recently delivered to the mode) is due to Bacillus anthracis (remember that anthrax is a French conglomerate boils).

The incubation period is 4 days. Workers operating wool or skins are most at risk. Contamination rarely occurs bite.There is a black eschar, with lymphadenopathy

Local levies are used to isolate the germ.

Treatment is based on doxycycline or fluoroquinolones (assign the patient to a specialist).

This is an occupational disease and reportable.

Within 2 to 3 weeks cat scratch disease:

Young adults and children are the most affected. The causative organism is a bartonella, Bartonella henselae.Infection occurs by scratching cat.

Clinically, there is a single or multiple lymph nodes in the drainage area of the location of the scratch (épitrochléenne, axillary, inguinal, etc.). Fever and asthenia are moderate. The eye-node syndrome

Parinaud associated conjunctivitis and preauricular lymphadenopathy at the inoculation.

The evolution is favorable spontaneously usually within weeks or months. The fistula to the skin may occur in 20 to 30% of cases.

The septic complications are rare and confined to immunocompromised:

The diagnosis is suspected clinically. We can help serology and lymph node puncture (direct examination, culture and PCR).

The treatment typically varies according to the clinical severity:

– In case of unique form, simple, abstention is possible, the disease spontaneously healing in many cases;Azithromycin can be used for 7 to 14 days;

– In case of complicated shape, hospitalization is necessary (doxycycline and gentamicin if endocarditis);

– Hepatic peliosis and bacillary angiomatosis require hospital treatment, erythromycin is then proposed for at least 3 months.

Bites due to primates:

The many germs plaque explain their greater infectivity than animal bites.

According to local care, the patient is put under antibiotic Augmentin by 1 g / 3x / day for ten days. It should also take serology for hepatitis B and C and HIV.

A descriptive certificate may be requested for any legal consequences.

Monkey bites are rare. Their gravity is the possibility of transmission of simian herpes virus that can cause fatal encephalitis after incubation for 2-30 days.

It also appears a vesicular rash developed bites. Macaques are most often involved.

After a monkey bite, the patient is sent to an infectious disease and treated with anti-herpes prophylactically.

– And of course the plague.

Sudoku has incubation for 15 to 21 days.

Clinical features fever, maculopapular rash, arthralgia and myalgia with lymphadenopathy painful to the point of bite.

There is no serology, diagnosis can be carried by the examination of the wound fresh.

Treatment is penicillin in hospitals (penicillin G for 10 to 14 days).

The haverhilliose has a shorter duration of incubation (about 4 days).

Treatment also depends on penicillin in the same way as for sudoku.

Leptospirosis has an incubation period of 7 to 14 days. It mainly affects subjects who had contact with rat droppings (leisure or business mainly freshwater).

The patient was hospitalized and put under emergency antibiotics (Clamoxyl® 1 g / 3x / day intravenously and orally) after performing blood cultures.

Serology is sent to the national reference center for Leptospira.

The plague is found more in France.

Pasteurellosis can cause septicemia endocarditis and arthritis (ethyl chronic, cirrhosis).

Treatment is based on the Augmentin® 1 g / 3x / day for 10 days or a fluoroquinolone.

Swine erysipelas may result in immunocompromised arthritis and endocarditis.

The treatment has already been detailed above.

Rabies remains a major concern in case of animal bite in many countries. In France, there has been no indigenous case of human rabies since the 1920s (a few cases of imported rabies). Besides dogs, bats are a source of growing contamination.

The foxes are vaccinated in France. Once declared, rabies is still considered uniformly fatal (some published cases of survival).

Exposure to bats, bite or scratch by a wild or domestic animal to unusual behavior, particularly in countries at risk, are sought. The suspicious circumstances, in addition to behavior change, are non-accidental death of the animal, the uncertainty of its provenance or geographical origin.

The animal and its owner are in any possible identified; vaccination certificate of the animal in case of pet is requested.Must file a complaint in case of refusal (gendarmerie, police, veterinary services).

A simple lick on healthy skin is low risk, especially if there was interposition clothing. A licks on broken skin, biting on uncovered skin are at intermediate risk. A bite or scratch with a sore, contamination of mucous membranes are stronger risk, even for bites and scratches his head, neck and extremities.

The bat bite is an indication for immediate rabies treatment.

Local treatments are performed as with any bite or scratch (cleaning with water and soap).

If the animal is unavailable, the rabies center must support the patient for treatment.

If the animal died and available, the patient is sent to the rabies center while the brain of the animal is scanned for veterinary services.

Treatment of Rabies center mainly includes the vaccination performed according to defined protocols (three to five injections), specific immunoglobulins in contact with high risk or bat bite (injections around wounds and contralateral intramuscularly). If the subject has already been vaccinated, two vaccine injections are performed simply. 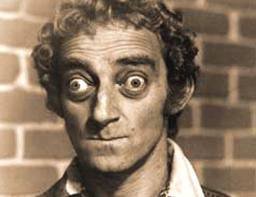 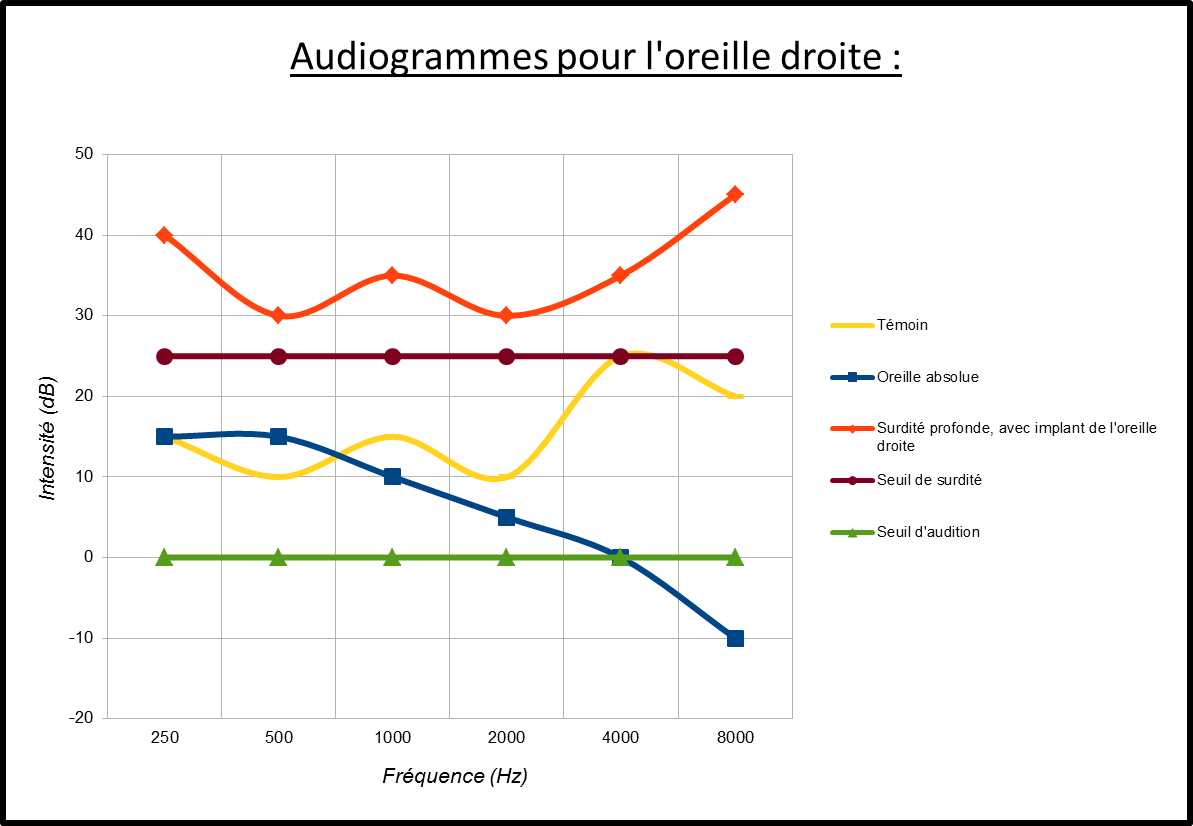