The nephrotic syndrome with minimal glomerular lesions (SN-LGM) is characterized clinically by a nephrotic syndrome pure and histologically by minimal ultrastructural abnormalities consisting of an eradication of the pedicels. This is the most common cause of SN in children. Most forms are corticosensitive, but relapses are possible.

Significant progress has been made in recent years in understanding the physiopathological mechanisms of SN-LGM.

The passage into the urinary chamber of plasma proteins with a molecular weight greater than 70 kDa through the glomerular capillary wall is normally limited by two selective barriers: one of charge and one of size. The selective charge barrier is caused by polyanionic glycoaminoglycans, which coat the glomerular basement membrane and neighboring cells, which prevent the passage of medium-sized anionic plasma proteins (70 to 150 kDa) including albumin.

The selective size barrier results from the presence of pores in the glomerular basement membrane and in the epithelial slit diaphragms. It prevents the passage of plasma proteins with a molecular weight greater than 150 kDa.SN-LGM results mainly from a loss of load selectivity while the other glomerulonephritis results mainly from loss of size selectivity.

A number of clinical facts support the hypothesis of an immunological disorder at the origin of SN-LGM. Its incidence is increased in atopic patients, as well as in subjects with HLA A8, B13 and DR7 alleles. It frequently occurs in the aftermath of infectious episodes or allergic pathologies and is sensitive to the action of corticosteroids and immunosuppressants. Finally, SN-LGM complicates disease development involving lymphoid tissue such as Hodgkin’s disease, thymomas, or large-cell lymphocyte leukemias.

Early recurrences of SN-LGM have been described after renal transplantation. Furthermore, after transplantation of kidneys from patients with SN-LGM, proteinuria disappears in the recipient in less than 6 weeks suggesting that SN-LGM is not a primary renal disease but a pathology of the lymphoid tissue or lymphocyte whose target is the kidney.

All these observations suggest the hypothesis that SN is an immune pathology where, under the influence of a stimulus, a particular lymphocyte response generates the production of a circulating factor modifying the properties of the glomerular barrier.

Since this pioneering work, significant progress has been made in the knowledge of T lymphocyte activation during SN-LGM.

There are no studies on the expression of other markers of regulatory T-lymphocytes, such as Foxp3, or of dynamic study testing a suppressive effect of this population.

Some authors have also found an expansion of memory phenotype (CD4 + CD45RO) lymphocytes, but these results have been contradicted by other studies.

This Th2 switch could account for a number of facts observed during SN-LGM. Sensitivity to infections could result from the impossibility of setting up an effective Th1 response. In addition, the frequent elevation of IgE in patients with SN-LGM is probably related to excessive production of interleukin (IL) .13 Finally, the Th2 orientation of the immune response may account for deficiency of the delayed hypersensitivity response, Th1-dependent, observed in patients with SN-LGM.

Th1 lymphocytes are characterized by the synthesis of interferon- c (IFN- c ). The production of interferon gamma (IFN c ) has been reported to be normal or increased in children with relapses of nephrotic syndrome. Th2 lymphocytes synthesize mainly IL 4, IL 5 and IL 13.

Sahali et al. showed a lack of expression of the b 12 subunit of the IL 12 receptor on T lymphocytes of patients with relapsing SN-LGM whereas the b 1 chain was normally expressed. The b 2 chain is expressed only by the Th1 lymphocytes and plays a role in the signal transduction of IL 12 via the Jak / Stat pathway. It could result from the subexpression of subunit b 2 a production defect of IL 12. IL 12 is a cytokine determining the differentiation Th1 of CD4 + lymphocytes. The absence of IL 12 could then favor the orientation Th2 of the immune response.

Few data are available on the production capacity of IL 18, another important cytokine in the Th1 determination. There has been an increase in blood levels of IL 18 in patients with SN-LGM. However, these high concentrations do not necessarily predict exacerbated biological activity.

The expression of the c-maf proto-oncogen is increased in the T lymphocytes of patients with SN-LGM. The c-maf gene is located on chromosome 22 and transcribed into different forms of mRNA generated by alternative splicing.The short form of c-maf transcript is mainly induced in the CD4 + lymphocytes of relapsed patients of SN-LGM. Its expression decreases progressively during remission. c-maf favors the differentiation Th2 and inhibits the Th1 pathway.

The activation of c-maf and the inhibition of IL 12 would explain the orientation Th2 of the lymphocyte response.

The main target of c-maf is IL 4 and the inhibition of the Th1 pathway by c-maf is in part IL 4 dependent. Curiously, despite c-maf activation, IL 4 levels are low during SN-LGM relapses. IL 4 levels are higher in remission periods than in relapses where concentrations return to values ​​comparable to those in healthy controls.

c-maf does not induce IL 13 whose production in SN-LGM may be dependent on NF j B. IL-13 expression is indeed increased in relapsed children of SN-LGM and decreases after clinical remission . Similar data have been reported by Kimata et al. IL 13 modulates monocytic functions by decreasing CD14 expression and tumor necrosis factor alpha synthesis (TNF a ) in healthy subjects and during SN-LGM. This decrease in monocytic functions may also account for susceptibility to infections.

The reasons for the activation of c-maf remain to be specified. Recently, Grimbert et al. have demonstrated a new protein called Tc-mip (trucated c-maf inducing protein) in patients with SN-LGM. This protein is absent in healthy subjects and in patients with other glomerulopathies. Tc-mip is an abnormally spliced ​​form of c-mip that could simulate membrane signals normally induced by T-receptor activation. It would alter the organization of the cytoskeleton and induce c-maf nuclear transcription and migration, orientation Th2.

NF j B is activated in CD4 + lymphocytes during relapses of SN-LGM. NF j B is involved in the activation of many cytokine genes, IL 1, IL 6, IL 2, IL 8, TNF a , all of which are enhanced in SN-LGM. The promoter of the IL 13 gene also contains NF B.B response elements.

NF j B is responsible for the inhibition of the transactivation of the Il 4 gene by c-maf. The influence of NF j B on the lymphocyte phenotype depends in fact on the nature of the complexes NF j B formed. Different forms of NF j B can indeed be synthesized which form homo- or heterodimers with different properties. During SN-LGM relapses, mononuclear cells express high levels of NF j B, mainly in the form of p50 / RelA (p65) complexes. The NF-β Bp50 forms increases the binding capacity of c-maf on the IL 4 promoter while RelA inhibits binding to the response site.The normalization of IL 4 levels during remissions is probably due to steroids which inhibit the activation of NF b.

Role of the Th2 switch in the SN-LGM:

Various elements suggest that Th2 lymphocytes play a role in the pathophysiology of SN-LGM. There is obviously as described above a temporal association between lymphocyte changes and the clinical course of SN-LGM. Another way of demonstrating the role of Th2 cytokines is based on polymorphism studies and the search for a genetic susceptibility to develop SN-LGM as a function of the production capacity of certain cytokines. Genetic studies do not make it possible to conclude on the role of the -590C / T polymorphism of the promoter of the IL 4 gene. More consistent data, however, which merit confirmation, suggests that the polymorphisms of the IL 13 gene could influence the occurrence and evolution of SN-LGM.

Many studies have attempted to show the existence and characterize the nature of one or more factors of glomerular permeability (FPG). Transient transient fetal transmission of SN, the existence of immediate relapses after transplantation and remissions induced by plasma exchange reinforce this hypothesis.

Few candidates nevertheless fulfill the expected conditions to retain a factor as a potential FPG: the induction of proteinuria in renal perfusion experiments; modulation of the charge barrier of the glomerular capillary wall; a temporal relationship between changes in the activity of this factor and the clinical course of SN-LGM; specific expression in SN-LGM compared to other renal diseases; the modulation of the production of this factor by steroids or immunosuppressants.

Bakker et al. have first characterized plasma factor in patients with SN-LGM, capable of decreasing glomerular sialoglycoproteins and inducing proteinuria. This factor has recently been identified as hemopexin. The activity of hemopexin is increased during SN-LGM relapses. In vitro, it increases the permeability of human endothelial cells and reduces the number of anionic ecto-ATPases sites. In rat kidney perfusion experiments, it decreases the number of anionic sites in lamina rara interna suggesting that the target of this factor in vivo is the glomerular endothelium and the subendothelial basement membrane. Currently, hemopexin is best characterized by glomerular permeability factors.

Nevertheless, several issues remain to be resolved. The activity of hemopexin in the presence of high concentrations of a 2-macroglobulin, an inhibitor of hemopexin, is not evaluated. Finally, the interface between hemopexin and the immune system remains to be specified.

Expression of IL 8 mRNA in mononuclear cells and its concentration in serum is increased in children with SN-LGM.IL-8 increases the sulphation of the glomerular basement membrane in vitro and is directly derived from the immune system.

Other candidate factors were evaluated. The vascular endothelium growth factor (VEGF) modulates endothelial permeability and can be produced in vitro by immune cells. In vivo, podocytes produce VEGF and VEGF receptors are expressed on the glomerular endothelium and mesangial cells.

In vitro, VEGF increases the permeability of endothelial cells and in vivo induces proteinuria in rats. Nevertheless, most work on the role of VEGF in SN-LGM is disappointing.

It has been proposed that overexpression of heparanase derived from immune cells may modify the heparan sulfate glycosaminoglycan barrier in SN-LGM patients.

The heparanase is an enzyme capable of directly modulating the selective permeability of the glomerular capillary membrane by its ability to degrade the heparan sulfate glycosaminoglycan which constitute the charge barrier.

Ciclosporin could be effective in SN-LGM via non-immunological effects by increasing the expression of heparan sulfate at the glomerular level.

Numerous arguments support the hypothesis that SN-LGM is an immunological disease where an immune signal leads to a patient predisposed to an abnormal T-cell response characterized by dysregulation of NF-B activation, a Th2 switch and synthesis of a glomerular permeability factor. Corticosteroids and immunosuppressants are effective in acting at different levels of this cascade of biological events. 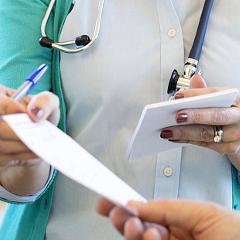 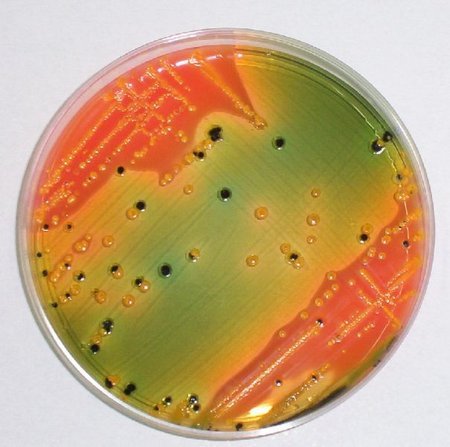